Had a bit of time on my hands and I ended up making stroganoff, except I added an almost whole can of diced tomatoes. I tried putting it in a ring around some mashed potatoes in a bowl, but it looks crowded. 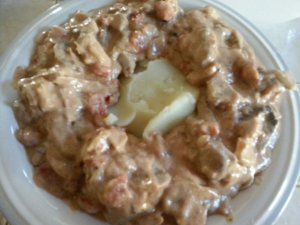 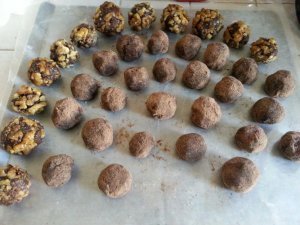 enough milk to thin out batter

Batter is enough to make about 14 pieces. I count each quarter as a piece. 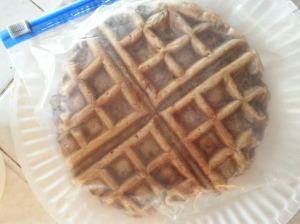 I have a whole bunch of beads sitting around and so need to be used. Some were from broken necklaces, some just random.

I started making a necklace.

I’m extremely out of practice which is why I am only about halfway finished. 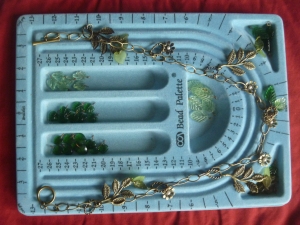 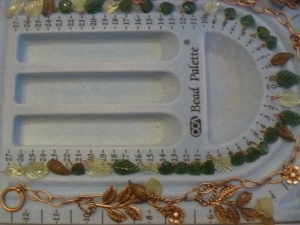