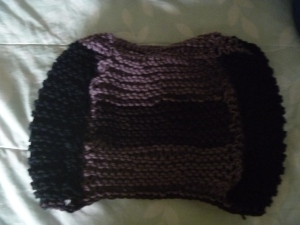 This is the four pieces that were sitting in the bucket. I plan on felting it so it will actually be wearable and not look like crap, like it does now. 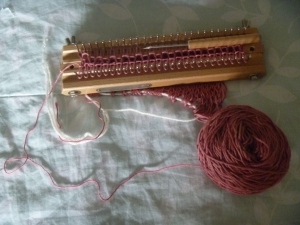 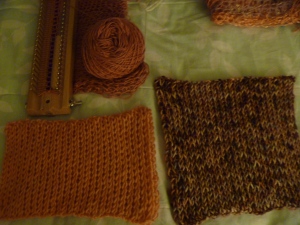 I don’t like taking pictures with the lamp on but the current piece on the knitting board with two more pieces done. There are better pictures of the second and third pieces taken on the Instagram account. 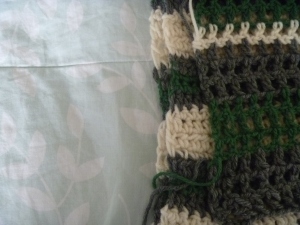 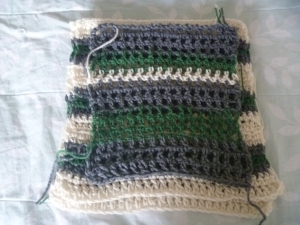 I’ve gotten on an afghan making kick, because they’re easier than anything else. I was going to make a pillow case with the two blocks in the back but will keep making more until I can attach them all together. 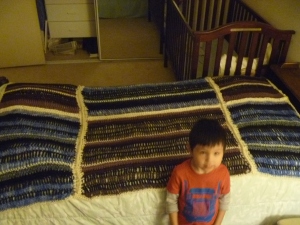 Finally finished the blue and purple afghan. I ran out of yarn for the edging so had to get more, which always sucks, but finally finished it tonight, which is why this post is a bit later than usual.

In case, you’re curious the size, my bed is a twin.

Yes, that is my son. He wouldn’t get out of the way while I was trying to take a picture. 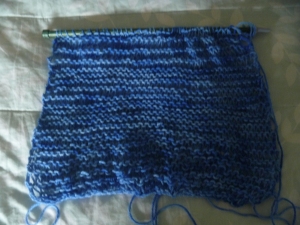 I gave up on the pink sweater I was knitting after my son decided he needed to get on the table and threw the container it was in on the floor, and the cap fell off and a few stitches fell off the needle.

So, the new one, I want to make a scarf or wrap with. Not sure yet. 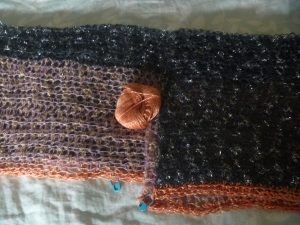 Also, that shawl I was planning. It’s becoming a shrug instead. 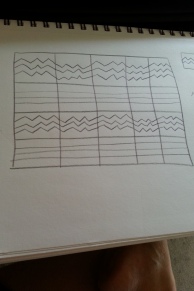 By the way, this is an idea for a quilt, or maybe yet another afghan. I haven’t decided what colors so it’s hard to visualise from just a sketch.