I’m in the middle of typing out the notes I’ve made on the alphabet and numbers and had a moment where my brain temporarily shut down when it was calculating basic math.

So, for the time being, I’ll post this week’s entry.

Most of last week was spent finishing up and frogging yarn from a dress I had made but never wore. I have no idea what to the do with the Louisa Harding Simonetta yarn just yet. 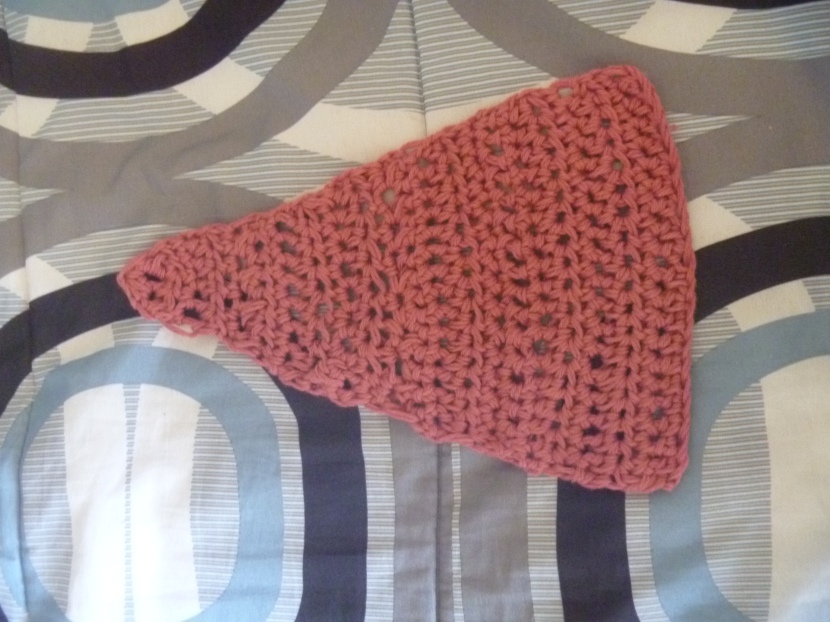 I crocheted this triangle with no aim in mind but decided to make two more triangles and, after those are done, make a small purse with the resulting rectangle or square. Not sure what to line it with, but that’ll be decided after it’s all put together.

Reusing this yarn to make an ombre pullover. I originally aimed from 25 inches top to bottom but decided to make the sleeves and the body all twenty inches in length, so I can add an edging. Haven’t decided what sort of edging, though. Or, if I even want one.

I also am (FINALLY) in the beginning stages of posting stuff to the bigcartel shop so hopefully it’s live by the end of the week. If not this week, definitely by the end of the month. Taking pictures and measuring everything takes up a lot of time. Maybe it’s just me making it harder than it actually is.