Last week, after running out of yarn while crocheting the pullover sleeve, I didn’t think twice and went the next day to get another skein.

Except the wrong was bought, and I didn’t have a chance to return it until this past Monday where the right one was purchased.

I did a few rows but not enough to be obvious. Hence no picture.

Luckily, the Burdastyle pattern I bought along with the first time I bought more yarn was worth keeping. Yes, I know I had just cleared out a whole bunch of others but was looking for a replacement for a dress that I had misplaced the pattern pieces but still have directions for. Instead, I found one for a slip slash camisole along with French knickers. The knickers could easily be adapted for shorts, while I could wear the slip under the yellow dress.

I’ve spent most of my week and weekend sewing up a pair of pants. Had no idea it would take forever to figure out the zipper. It wasn’t until looking through one of my stash of sewing books, did I realise the zipper was completely off.

Sorry, the lighting isn’t that great in these pictures.

The pattern for these where when Built by Wendy had a series with Simplicity, number 4110. They don’t make this pattern anymore but I’m sure you could probably find it on Amazon or eBay. Luckily the pieces I had cut out still fit, as my weight fluctuates so much. Actually, I won’t know if the pants will actually fit until I’ve finished sewing everything together. Plus, they aren’t ankle length but end somewhere mid shin.

It was also a pain to add pockets when the pattern either makes you add a yoke piece over or patch pockets over the front. I removed the back patch pockets and added front pockets. The inside pockets are silk floral while the rest is black denim. Forgot to buy a zipper and just made do with one already in the zipper stash.

It’s not perfect but have only made pants once before. A long time ago so have to remind myself with every step. Also, I’m not ironing between steps.

It’ll come in handy when finally getting to my friend’s patient’s pants that need the zipper fixed and a button added.

As of today, I still need to attach the waistband. It takes a button and buttonhole but want to apply a snap instead. 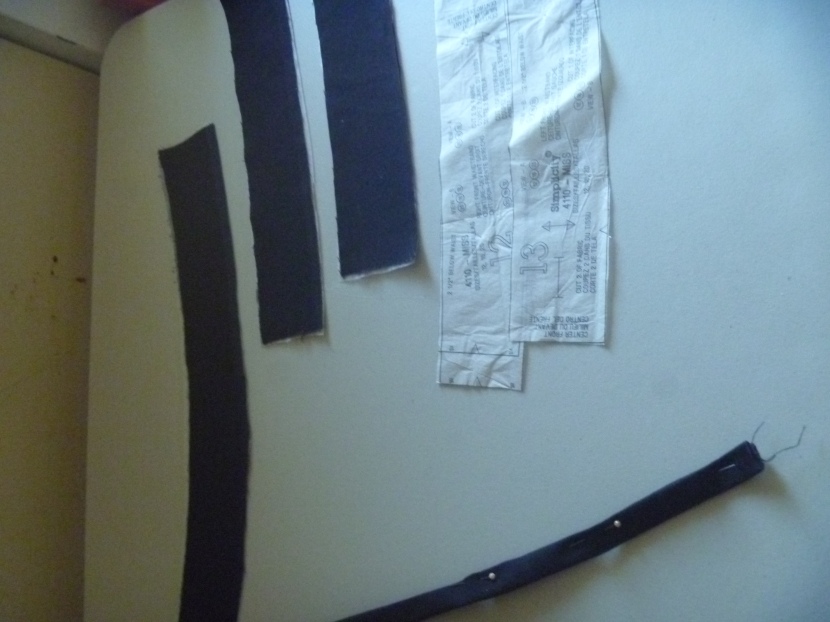