I was expecting to post this earlier in the night but got distracted.

It’s nearly 1am here so if it’s completely riddled with mistakes more than usual, then that’s my excuse.

On Sunday, I finished off the two pairs of shorts. The ones for my mom were shorter than expected and have not seen her wear them yet. I don’t think she will wear them because the shorts I was measuring them against are a tad bit longer and saw her wearing the pink shorts and they disappear under her shirt when she sits.

I tried them both on and hers are huge and just above mid-thigh so assumed they were mid-thigh on her. The ones I ended up making for me, I added fabric and they’re right above my knees.

The stitches aren’t perfect but was still satisfied enough to call them done.

I thought I had taken a picture with the third piece finished but either deleted it or didn’t actually take one. I have one more piece to cast on then attach them all together. Two pieces will match and the last two will also match. I had planned for all of them to have the same stitches but just randomly started knitting a different stitch and just went with that.

I started on the last sleeve and realised I didn’t have enough yarn to have three matching pieces so crocheted up to a certain point and the asymmetry annoyed me to no end, that I frogged the yarn of the first sleeve so they would match. I officially changed the first sleeve three times and hopefully the last time. I’ll probably have this one done soon. 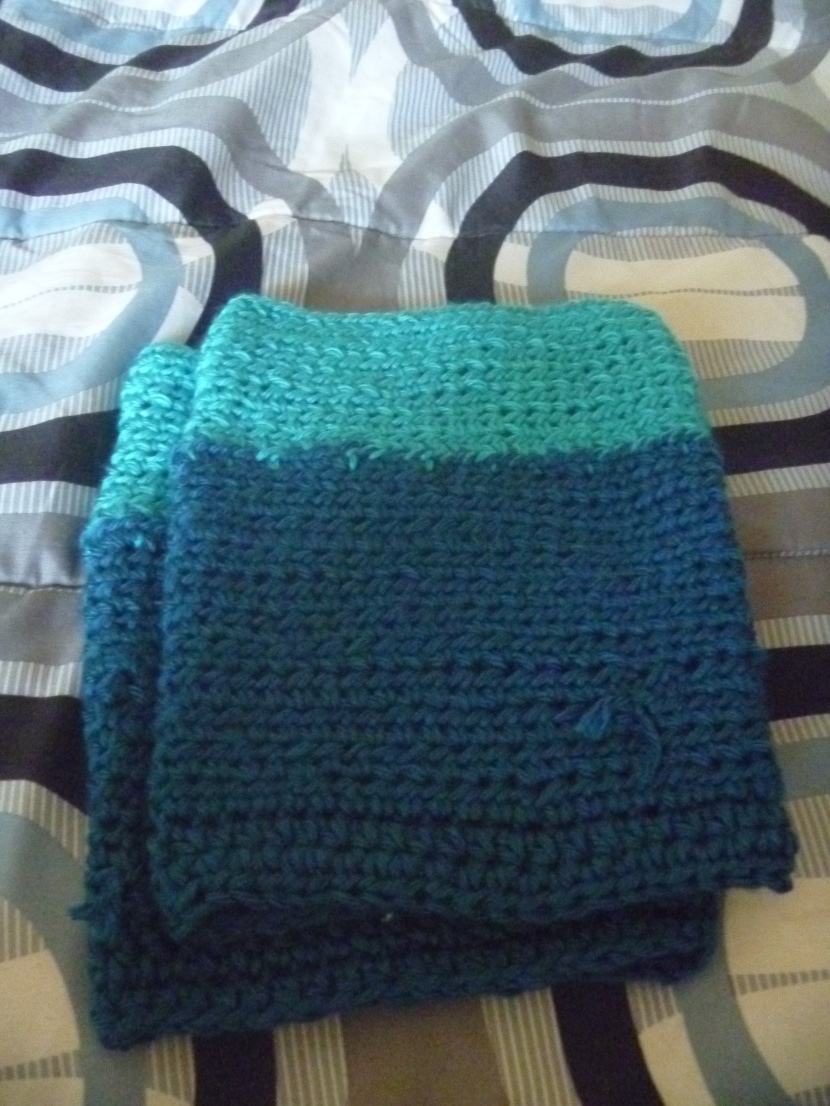