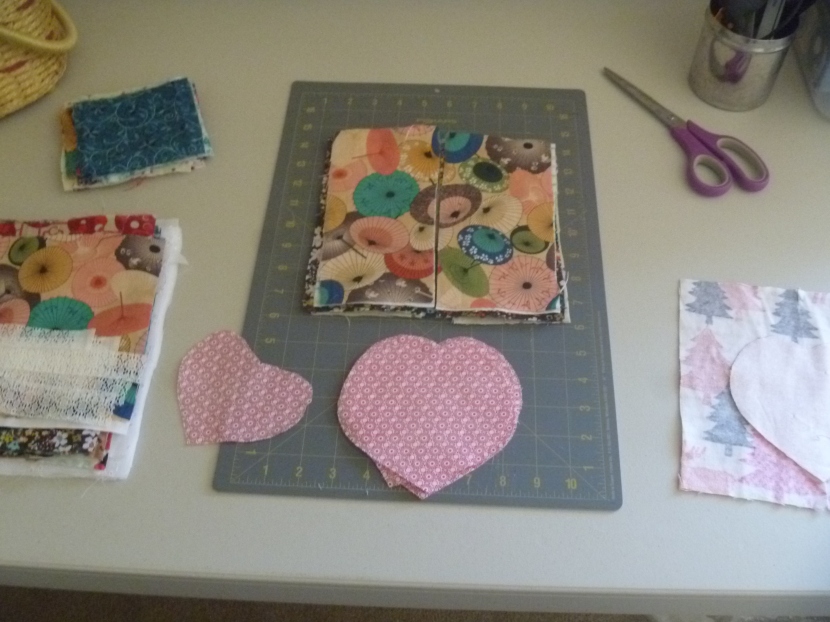 It didn’t occur to me at the time I needed to cut up the hearts, also.

The smaller heart will be in the middle square.

Nothing is sewn together yet and need to cut more of the smaller pieces for this quilt.

I calculated there are nine huge squares with hearts in the middle, then twenty eight smaller squares then four for the border. The bigger pieces are going to be a mishmash for the back. Not actually sure if all of it will be for one project.

I only worked on that today.

I’ve mainly been focused on knitting.

On the purple and black open cardigan.

I prefer this to the dress originally made with the yarn. Also, doubling up was a good idea because it’s much more plush and soft. 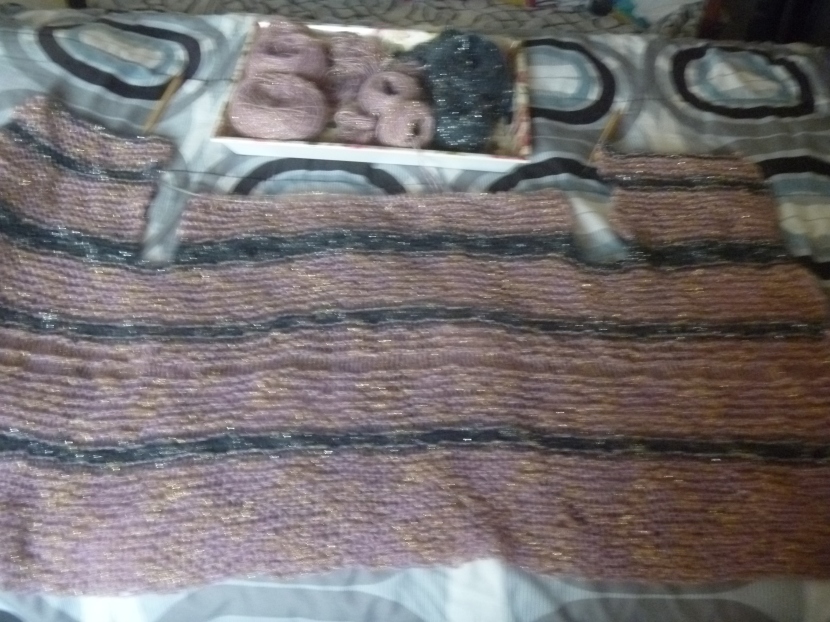 Wasn’t expecting both pictures to come out blurry.

The second is the progress made on it until earlier today.

I had so many fails the past three days where I ended up getting my needles woven into the fabric so ended up popping the middle part onto a different circular needle, then was able to slide out one end of the needle.

After knitting the second front, I had to use a spare straight and stitch holders to get the middle back onto the ones I’m using. Now I understand why some people have duplicate needles. Also, I need size 10/6.00mm needles because the ones I had to use were 8/5.0mm, which sucks because I’m using the 9/5.50mm on the top down shirt. The project uses 11/8.00mm.

After the main body is done, I have sleeves to do, then want to seam the lower part, so when you lift your arm you have a line.

I also bound off sooner when I made the first front and it’s nine inches, not ten like I planned.  Or, 228.6mm, instead of 254mm, if you’re so inclined.