The fun thing about being sick, and having that time of the month coincide with being sick, is that you have absolutely no energy, which is why there wasn’t a post last week.

I literally spent the first two days of last week doing nothing but lying down. AFTER having a cold two weeks ago that was mild, that I assumed was going away. Actually, last Monday I spent about twenty hours asleep.

Basically, when you have a young child you tend to transfer your colds and other fun stuff back and forth. The wee one still has a cough and have been chasing after him with a tissue because he thinks it’s funny to have massive amounts of snot hanging out of his nose. No one tells you having a kid involves a lot of moments where you are completely grossed out but your love for them never wavers. You just clean them then move on.

Two weeks ago, I finished the cropped yellow cardigan.

This is what it looked like without adding the edging.

Then, with the edging all around.

I prefer this to the shrug it was before, but it’s been too warm for heavy clothing, so haven’t had a chance to wear it yet. 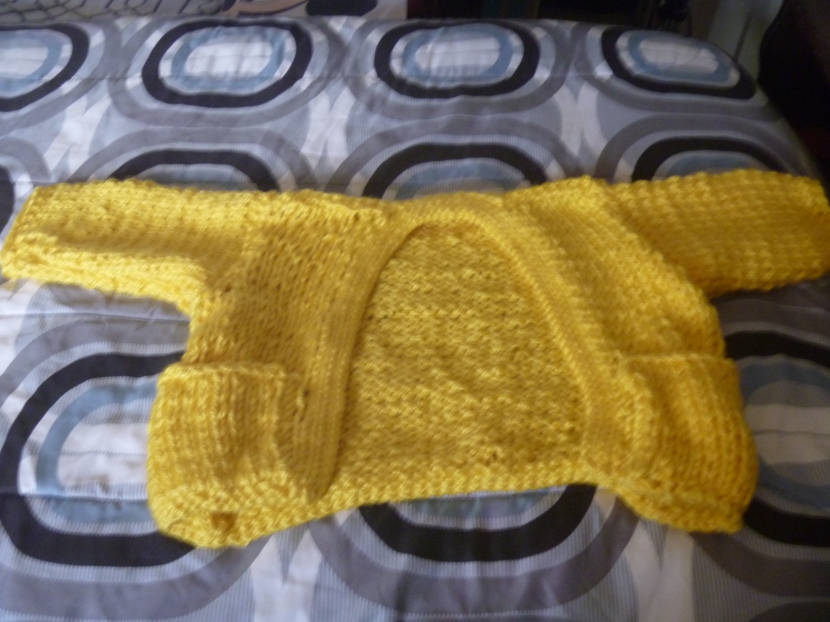 I’ve got it in my head that I want a dress and was going through my patterns and have been wanting to combine these two. I have no tracing paper or anything that I can draw the pieces onto so I can fiddle with them. By the way, it’s weird when you look up a pattern and it comes up with a different number. I didn’t realise that happens when companies will split up a pattern according to the sizes you get but it makes a little sense, when they draw up the pieces. Depending on how many are in a pattern. 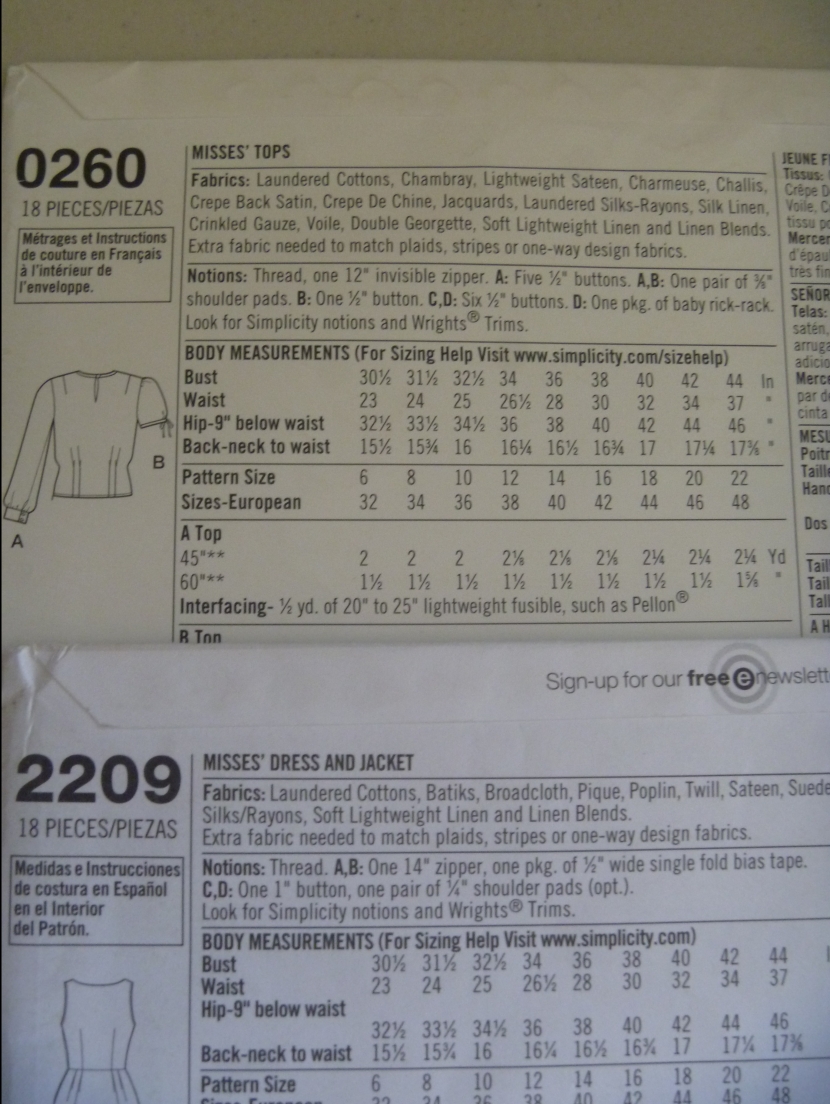 I am making slow progress on the knit from the top down pullover, but I wasn’t able to try it on until I put the whole project on bigger length needles. I moved it from 9/5.5mm on 32 inches/80cm to 10.5/6.5mm on 48 inches/122cm. The sleeves are ruffled so will definitely add to them, but the neckline seems a bit wide so will add to that also.

Also, it looks like I will need at least one more skein of yarn and was hoping to get one more but I’m in no rush to finish this. 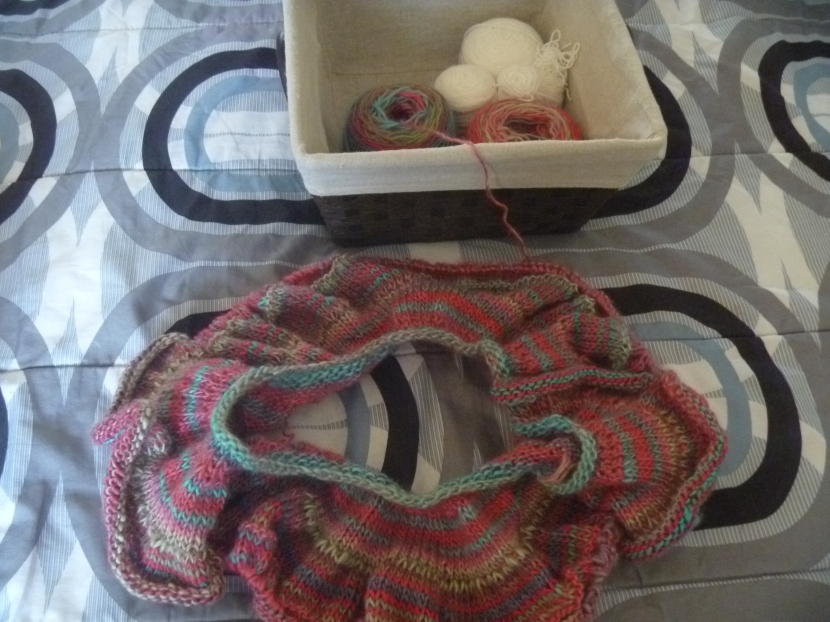 There is also this cardigan. This is the progress so far on the first sleeve. I plan on making it 20 inches/51cm, and after making the second black stripe, I progressively made the sleeve wider but adding two extra stitches on about every row, going from 32 to 50. The second sleeve will be much neater, I’m hoping. 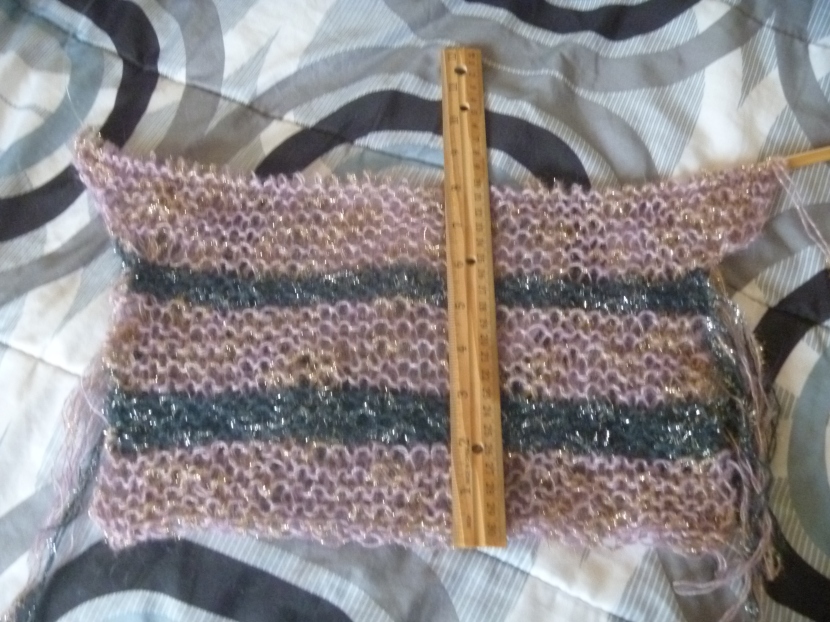