I’m finding it hard to allot time to sit down and blog. There are so many other things taking up my attention that giving myself a few minutes to put words down on a semi-blank screen.

I need to manage my time better as I’ve only been able to focus on one project. 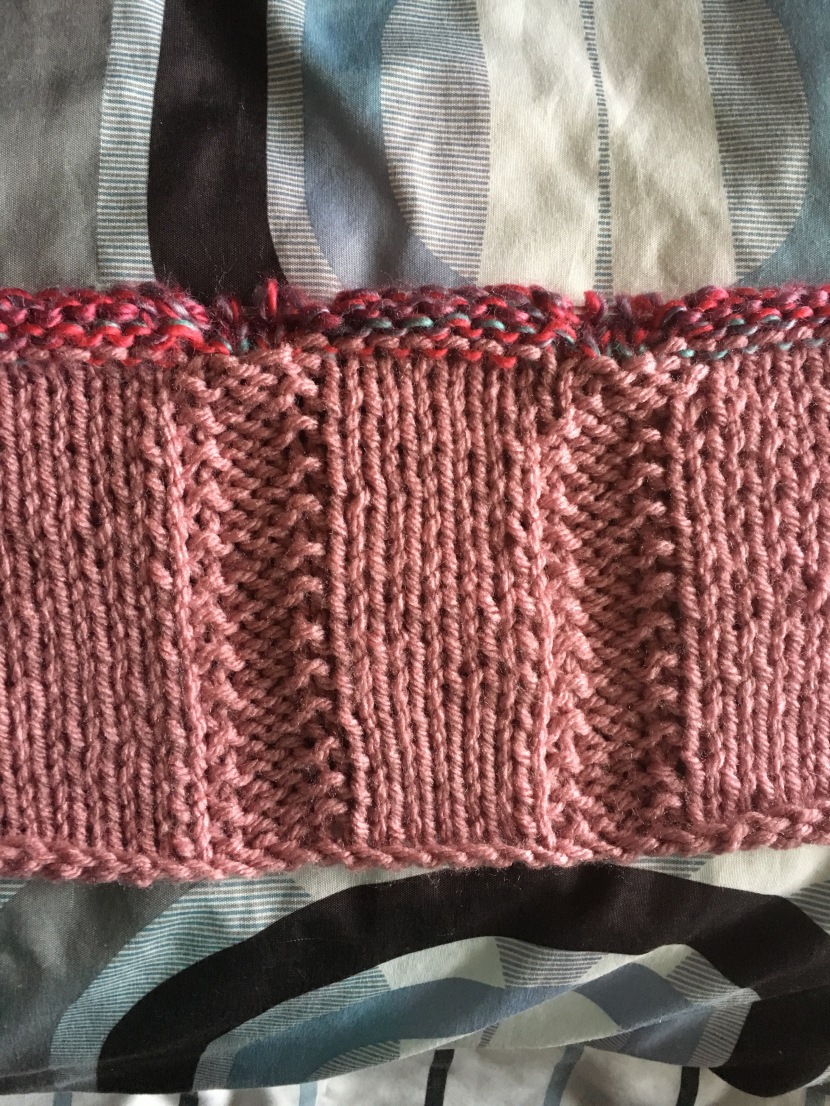 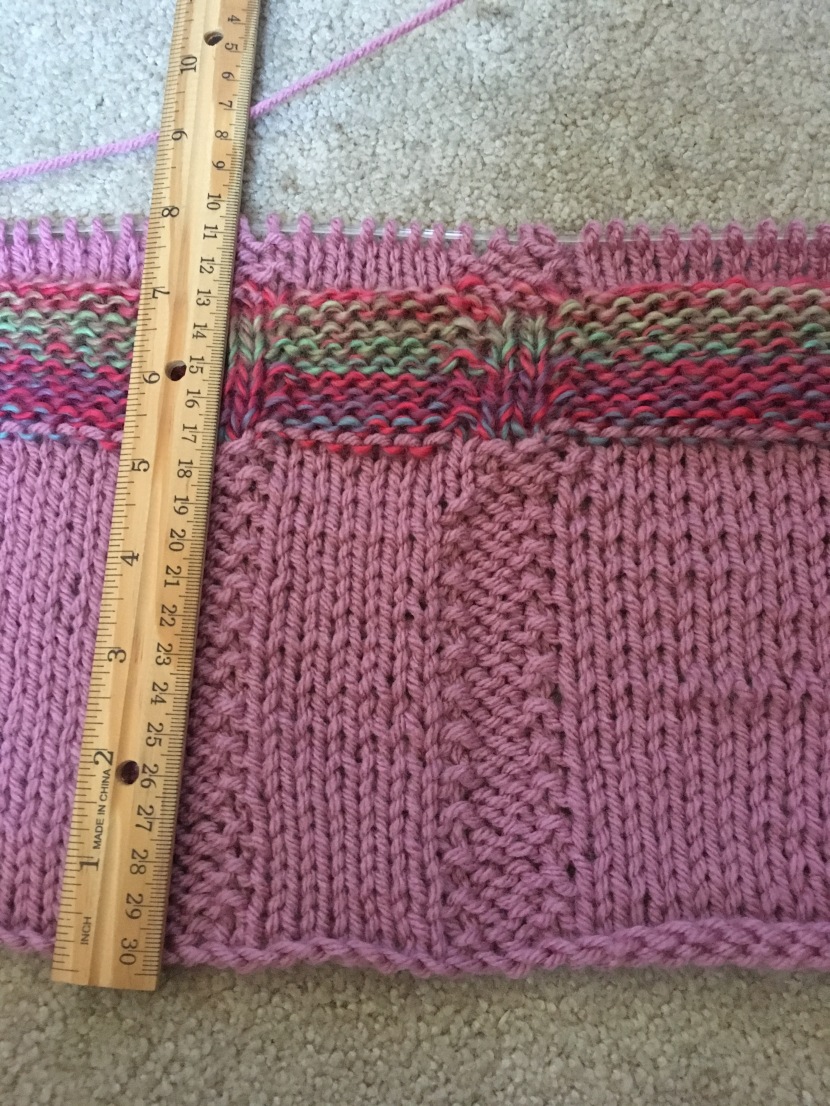 Not sure why the lighting made the first one look like its a different colour. The first picture was taken on the 2nd and the second picture taken earlier today.

As I’ve said before, I’m alternating between the knits and purls. But I have messed up when I switch colours, when I added them on different sides, which will just be another element I’m not too fussed about. I do like the look of doubling up Redheart’s Unforgettable Parrot yarn between blocks of the other yarn, which escapes me at the moment. Vaguely think the colour is cameo but unsure what brand, although I’m guessing Lionbrand.

So, this is the progress so far on the back of this tank or cap sleeve top. Sure once it’s blocked or steamed, the stitches will even out more. It’s curled a bit at the bottom but a wee bit of smoothing out won’t hurt when the front and back are connected.