This crochet pullover uses the Red Heart yarn, in their Unforgettable line, in Parrot. I have no idea how many times I’ve used the yarn, only to frog it and start over. This could be the sixth time. 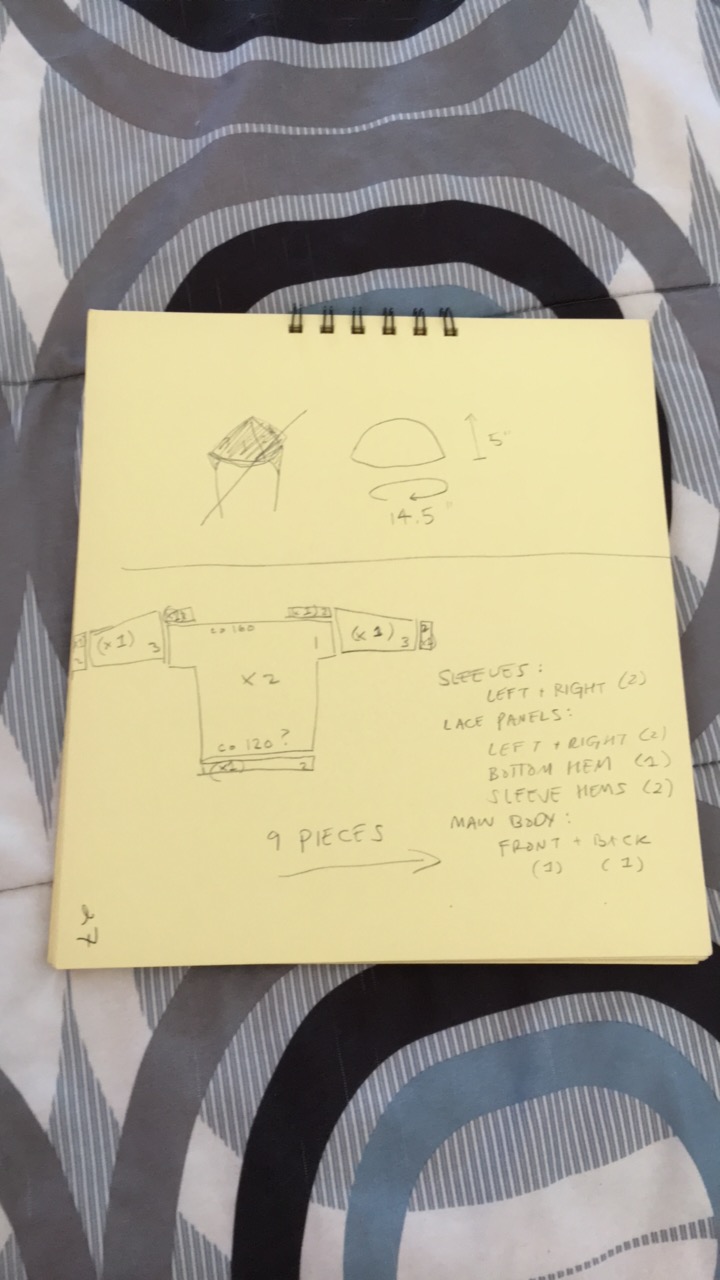 This is a vague idea of what I originally planned to do with the yarn, and will use white yarn for the wrists and bottom hem. Depending on the leftover, or if I have to buy more, since I only have three skeins, I haven’t decided on the part between the sleeves, on the shoulders.

I casually measured the project against myself and don’t need to add extra sleeves, so it will be seven pieces, as of now. I don’t think I even need to add the parts on the shoulders and just do the sleeves as is before narrowing it down for the body, which would make it five pieces. 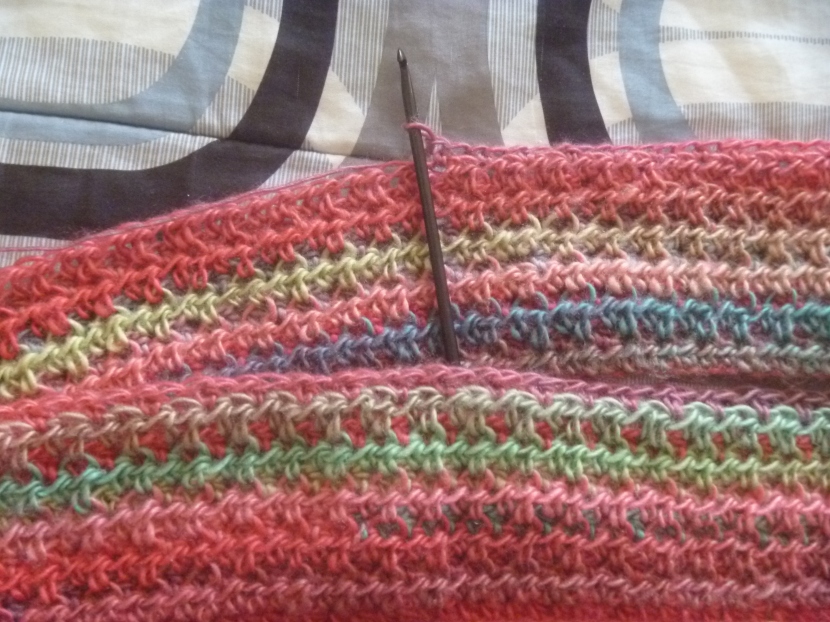 I’m on the row that will make the sleeves four inches so still have a way to go.

In case you’re curious what stitch I used, it’s a modified Alternate Spikes Stitch. I messed up because you’re supposed to do a normal stitch then the next one is a stitch below. Instead, I do one regular stitch then next stitch, I go into the back loop and the stitch below that one.  I have no idea what this stitch is actually called as I’m sure someone has done this stitch intentionally and got to name it already. Can’t be arsed to look it up at the moment. It looks like the Mirror or Rake stitches but that’s not what it is called.

Still. I really like how it turned out so sticking with it.

House 2 in the imagined series in my head.  I haven’t gotten to the roof yet, but decided the roof will be brown. So, will use these two yarns. 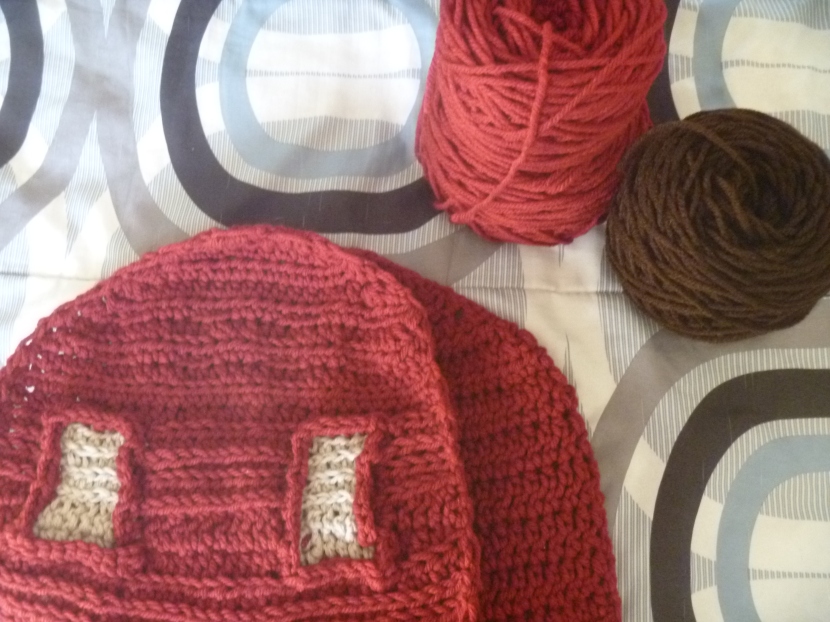 And now for breakfast and coffee.