After getting a couple canvases at Michaels, I used the leftover dye and stained one of them.

I kept applying layer after layer, until getting impatient, and dumped the rest on the canvas and moved it around with the brush. I don’t mind the messiness of it, as you can see in the upper corner and at another few spots. Plus, a lot of it will be covered with at least one other colour.

I have yet to buy a mortar and pestle to crush the crystals into fine powder, which will be the pigment for paint. Sadly, I was researching it and can only use oil or acrylic paint on canvas, otherwise the longevity isn’t great and will peel because of the material. Would like to experiment with more natural paint, so need to start stashing wood bits and pieces and turn them into panels, or use paper. 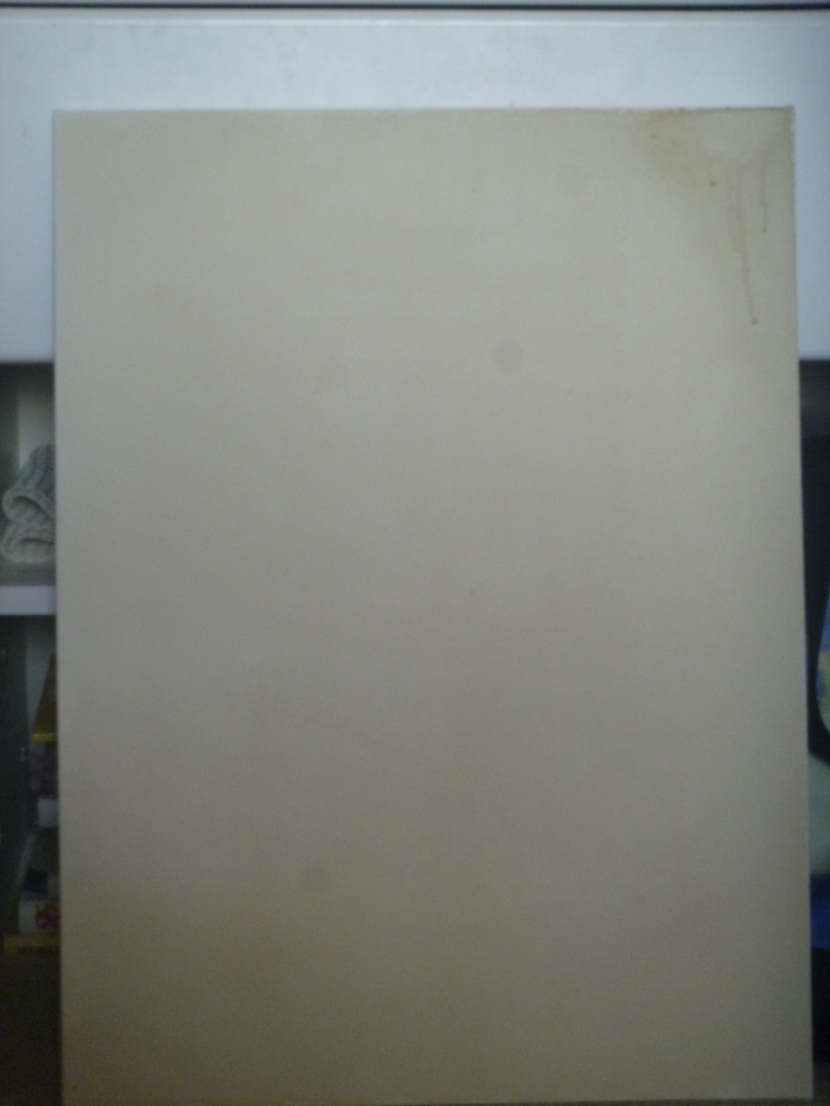 Didn’t realise these are blurrier than what was assumed, after looking at it on the preview window of the camera.

This is a close up of the stitches of the top using the Red Heart’s Unforgettable, in Parrot. I like the randomness of the colours as it means it doesn’t matter which colour it is when adding a new ball. 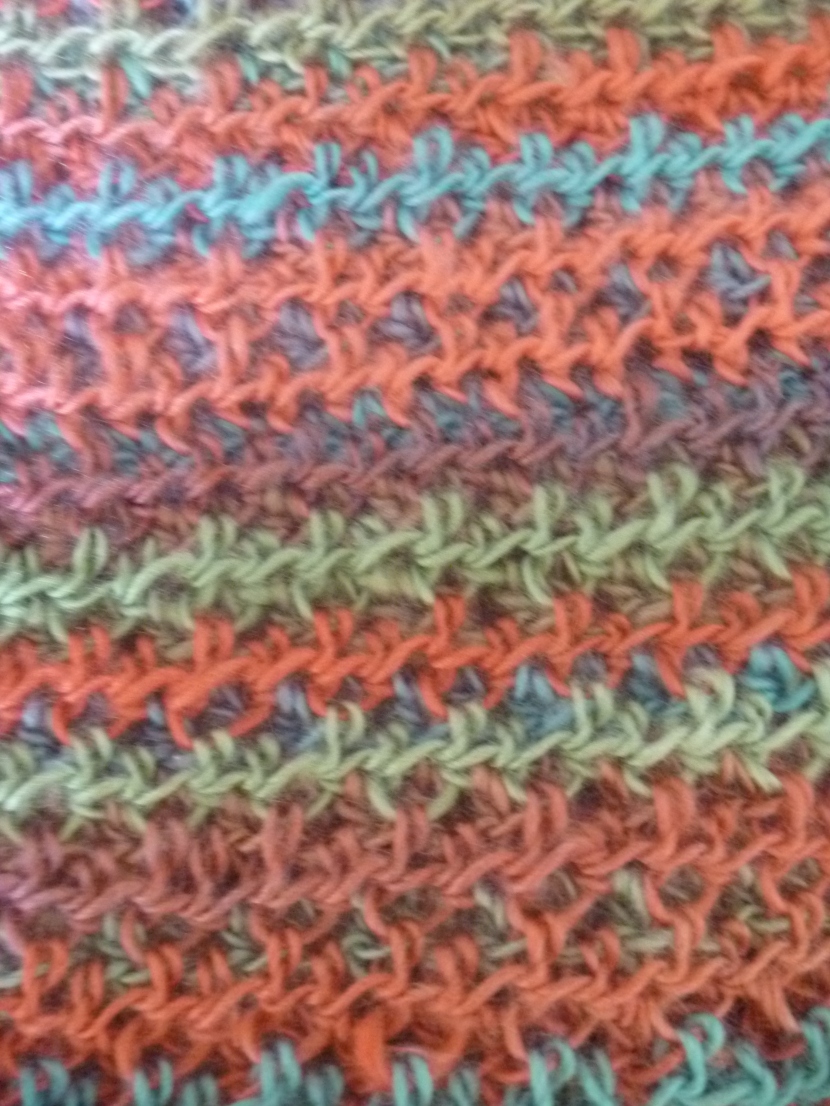 An equally blurry picture of the top on almost its entirety. It’s around 14 inches, or 36cm. I haven’t measured the sleeve, from side to side. Even if it’s on the longer side, I don’t mind. I prefer sleeves at three-fourths or nearly covering my pinkie finger length. 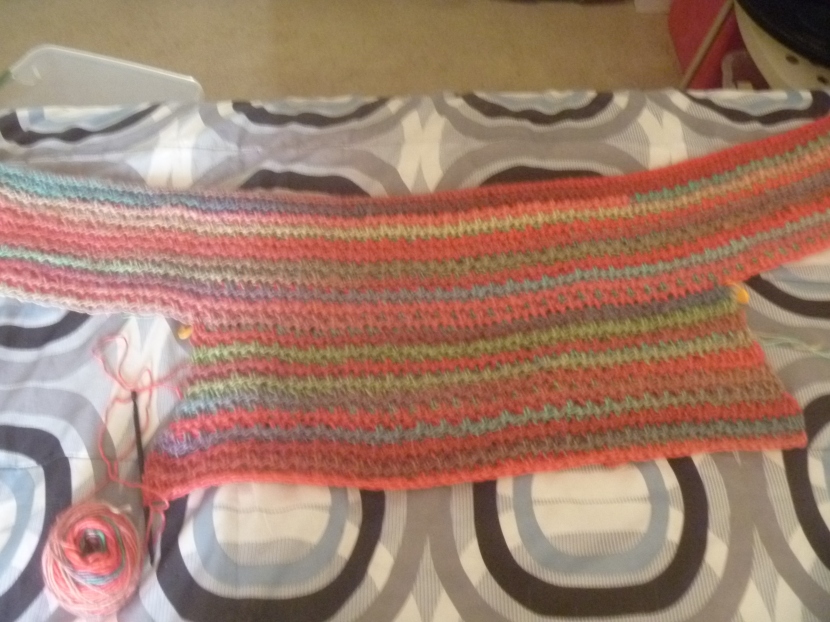 I am finally using the Leigh Radford pattern for the circular shawl out of her AlterKnits book, which is one of my favourites, and pretty sure one of the first craft books ever bought, around a decade ago, when I picked up crochet after failing hard at trying to learn how to tat with a shuttle. It’s the book that I would constantly turn to and wish I could knit, before finally just forcing myself to learn how. Having both opens up the possibilities of what can be made.

I’m using the pattern as a starting point. Instead of attaching fabric inside, I want to make various tubes of different lengths. It could turn out messy or it could turn out amazing. Was careful about joining the ends together then made an extra stitch, connected it to the first stitch before knitting both as one stitch. 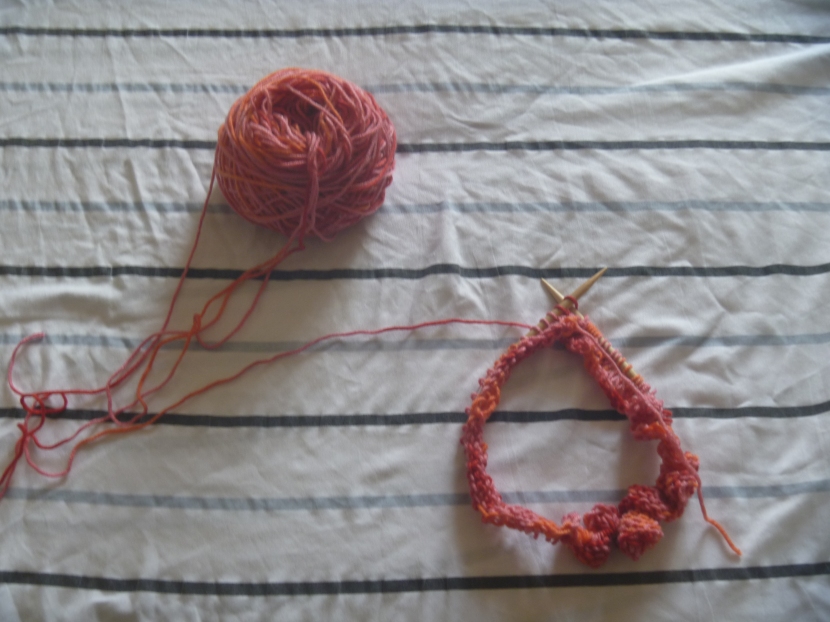 Making clothes for children is a slow process, but have been trying to draw up pattern pieces based on the measurements taken crossed with generic 3T sizing.