I originally was going to post last Friday, but a cold was working itself through my system and made me both more impatient and exhausted than I usually am. Over the counter medicine makes me just sleep all the time. Plus, skipping coffee meant I basically dropped off the wee one and napped. I’m around 89-90% better, and the coughing is almost non-existent. If I didn’t take the Night Alka-Seltzer, I would wake up every other hour coughing. More than once, I would wake up almost choking before having a coughing spell.

Haven’t made much progress on this since getting to this point with this shawl or scarf.

Using up more purple yarn, I wasn’t sure where this was going to go, but the bobbles look nice. They don’t all line up but eh. Not a big deal. 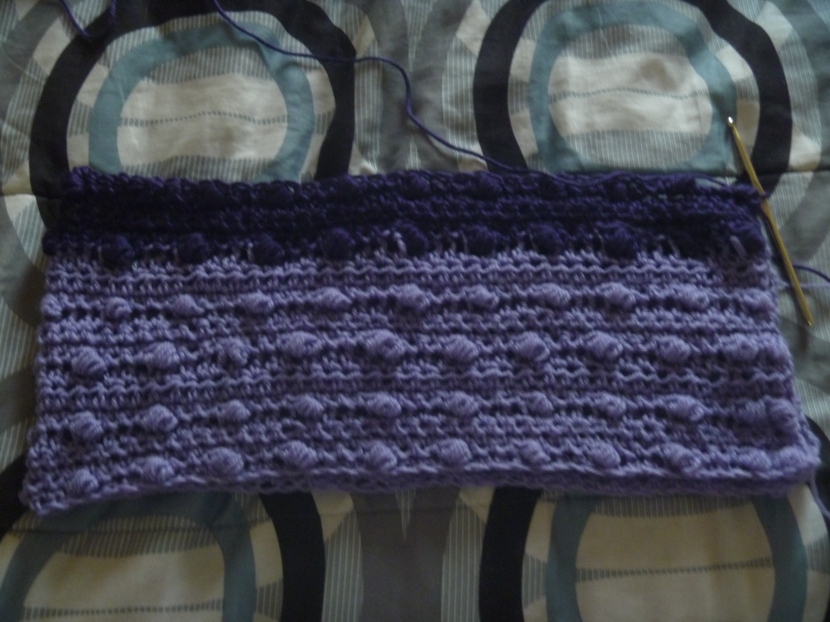 Another project that is slowly coming along, is the top using the parrot yarn. I’m not sure if this will be the front or back.

I originally was going to make a bunch of blocks to gift his teacher at the end of the school year and calculated 64 squares and this past week, my tiredness came to a head and decided it would be too much effort so have decided on a simpler pattern.

A few bits of yarn broke at the bottom of the loom, so frogged all of that project and decided to make the blanket modified, from what I planned for the weaving. 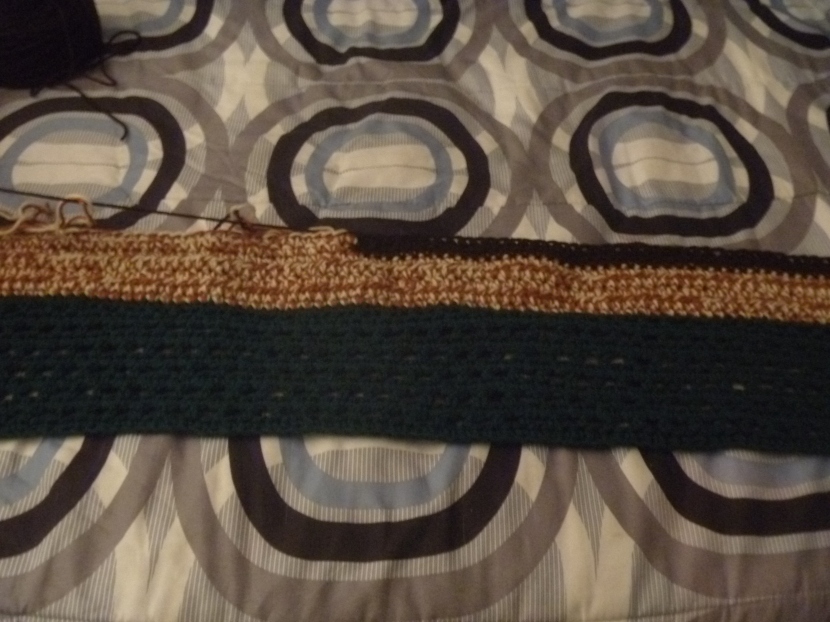 Monday, I was going through my yarn stash and after separating out the reds and pinks, I had to reorganise them because some of them got really tangled. (By the way, I have a bit of laceweight green yarn under my desk that is completely tangled and a totally mess, which I keep slowly separating but get easily frustrated and am tempted to cut into bits, until it’s in wee balls.)

So far, this is the progress, as of yesterday because I got nothing done today. 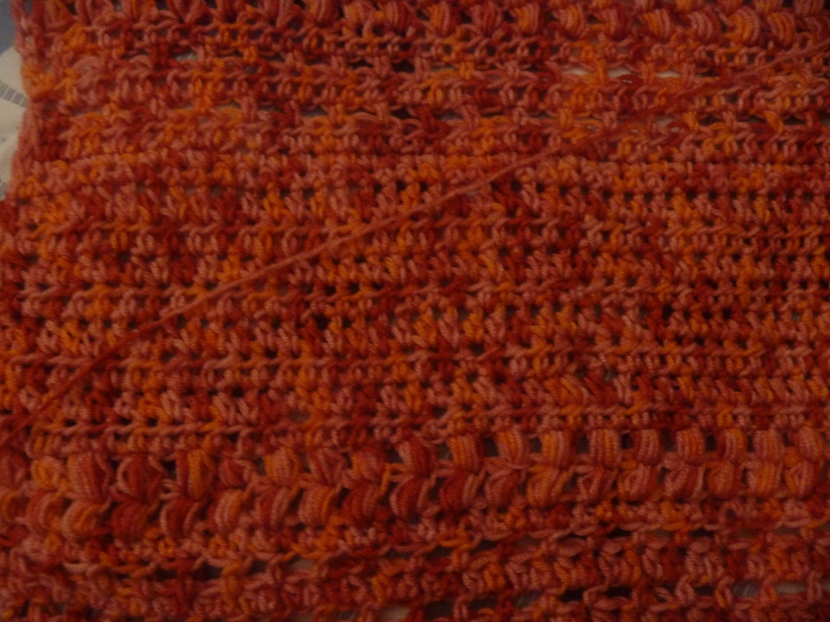 Was going through next year’s IKEA mag and saw a rug made of offset rectangles of colours, and decided to see how it would look if I did the same thing with crochet rectangles. Should probably use chunky yarn but this one looks nice.

It was being knit originally but decided to do crochet.

I originally got 22 gauge wire but it didn’t fit through some of the beads so ended up getting 26 and it was perfect. It sits in my desk and I plan on redoing it, for personal reasons. I also realise it’s hopeless using closures as they always split off, so wrapping the wire ends solves that problem.

There are several necklaces hanging in my closet after I got bored and put beads on wire. 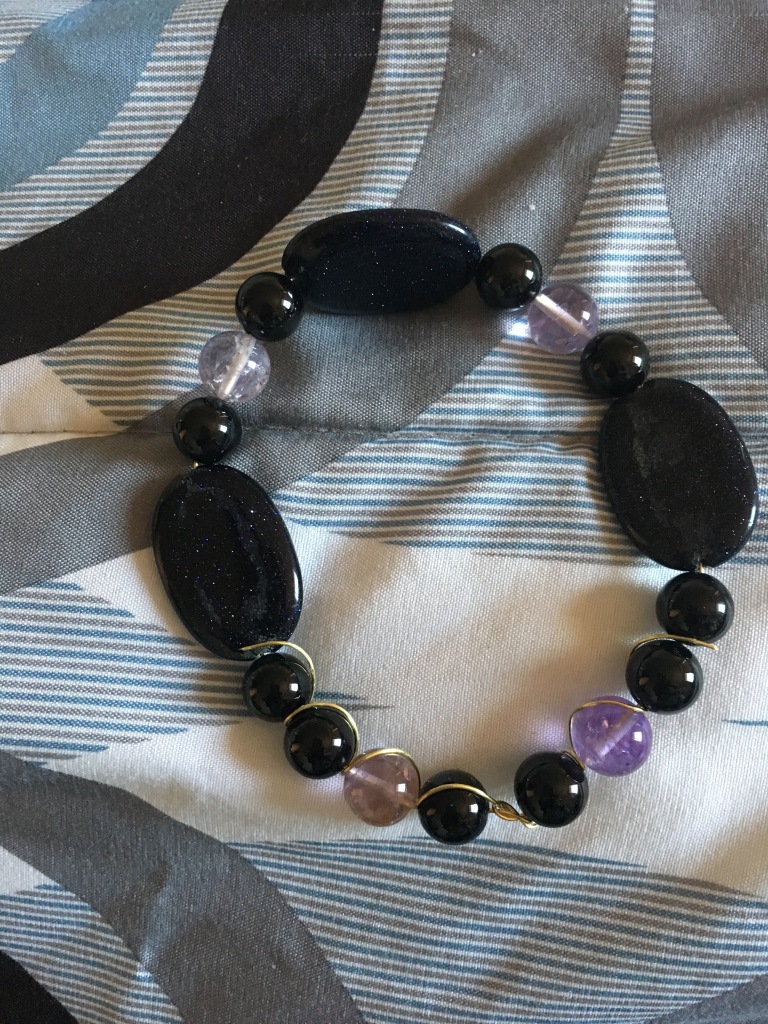