I spent the majority of two weeks ago taking apart two bits of lace wearables, one was a white jacket I bought at Kmart, that was never worn because it’s uncomfortably oversized, and the other was a brown lace bolero jacket I made but worn only once. Not sure what to do with them but they will find themselves into something else. That and watching episodes of Brilliant Ideas on YouTube, which has been become a recent obsession of mine. I’m on a mission to watch every single episode that has been released, which so far has run 74 different profiles on artists across every spectrum. I’m irritated they repeated Kader Attia’s episode as the DVR recorded it six times.  I have no idea if they’ve done an episode on my favourite artist, Annette Messager.

(I didn’t have a chance to take these in proper light, so the colours are a bit off.)

I’m slowly getting back into sewing but have been quite lazy.

One such project is wanting to finally use up the metal frame for a purse. 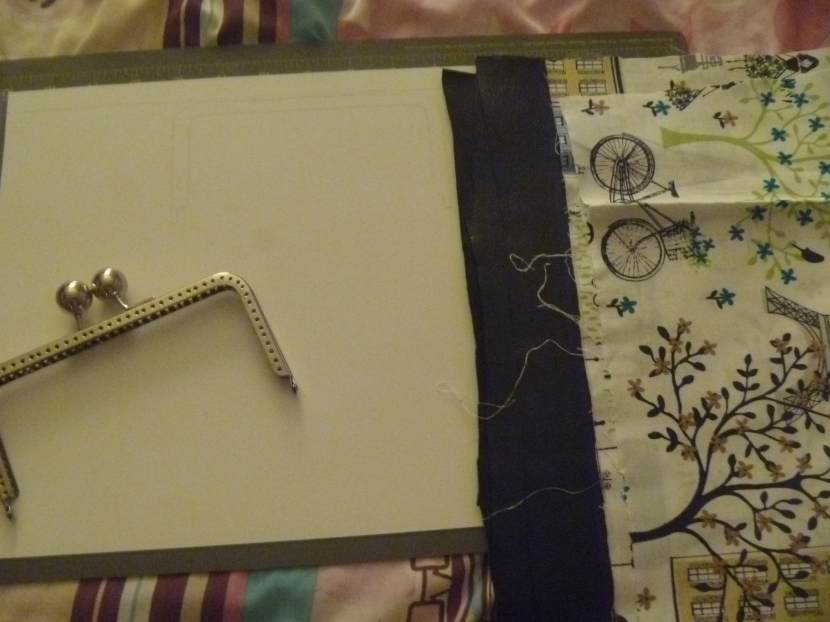 I’ve also decided I want to make a jacket pattern that can be easily converted into a coat pattern, although it would amuse me to make a coat that can convert into a jacket, and back again, with a hidden zipper to attach or remove at will.

And, yes, that dress ought to be done by my birthday. At least, that’s my aim.

I started a couple things over the weekend.

Decided to finally make something for Dylan to wear. Especially after that trying to make him a vest fail.

Did I measure him right? No. I went by a sweatshirt he wears and it’s wider in the shoulder width than necessary which is fine. 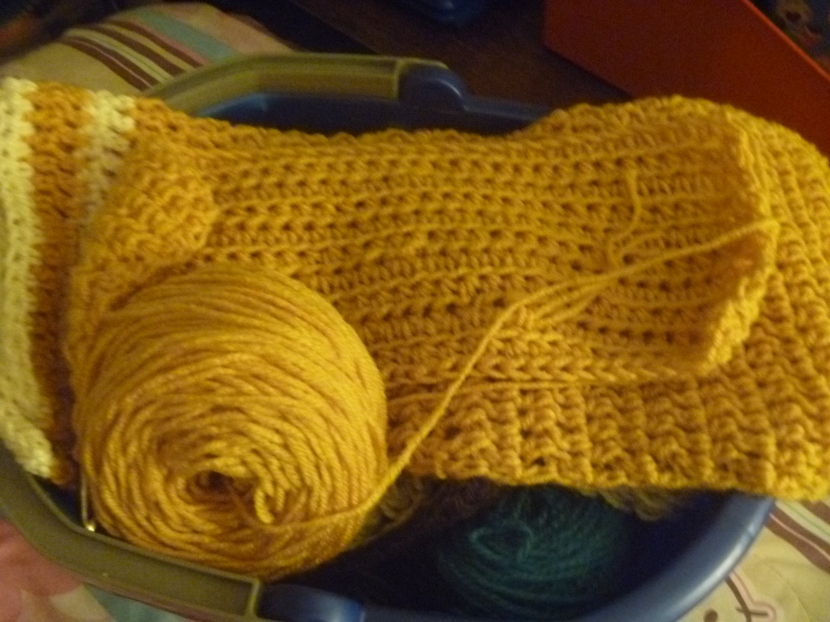 Was sitting in the car and casting on but didn’t like it, so frogged the yarn again and started doing this. I’m using two strands at a time and it’s coming out nice. The stitches aren’t as noticeable but eh.

I’ve been meaning to do this for a while, but have been wanting to turn the few pages of graph paper, that are loose, into a book to carry around in my purse, so when ideas hit, I can use it to sketch something out. It’s 98 pages mostly separated by tens, and folded in halves.