I’m a bit under the weather because my body is stupid. I tried to go a day without coffee, because time constraints, and my body revolted. Caffeine withdrawal is no joke, as later in the day I got migraines and ended up vomiting twice. Both times my son was next to me. The first time, I was about to clean him after he did a number two, and I threw up in the shower near where he stood. His reaction wasn’t to be disgusted but laughing hysterically.

So, I finally made a second sketchbook. Is it perfect? Nope.

It looks nice closed, although it would look better if I added something over the edge of the book cover.

When you don’t think to add endpapers, this happens. Was obviously a bit heavy handed with the glue.

And, the signatures and spine are very messy. 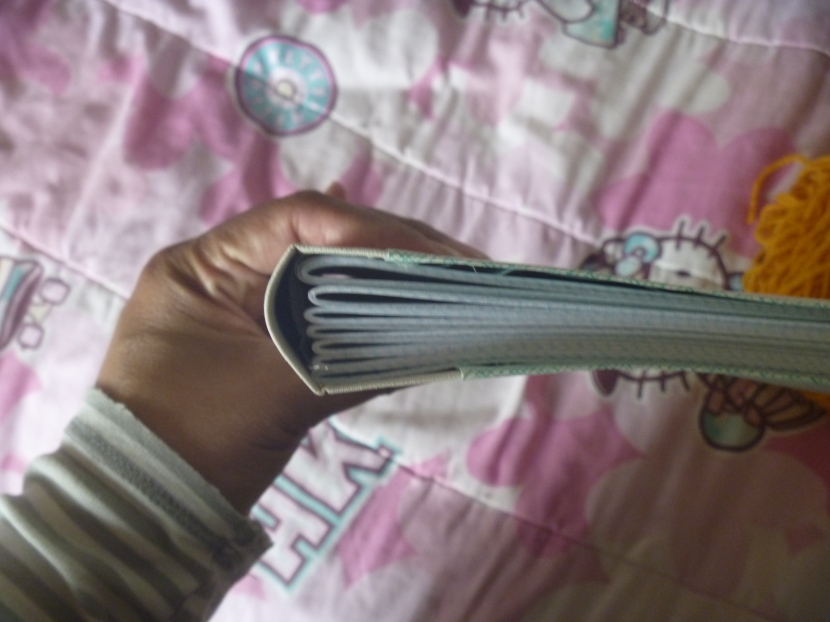 Oddly enough, I’m still happy with it. I don’t remember my first try but it looked nothing like this.

Not sure why I’m making a pullover for Dylan, when yesterday was the first day of spring. He’ll probably outgrow this by the end of the year.

Still. I’ve started on one sleeve. Not sure if I have enough to make two matching sleeves.

Tried to make the purse but in the process I ended up damaging the metal handle, so it doesn’t close proper anymore. (fyi: Don’t get mad while you have the hinges fully open.)

This was the pleather bag and its lining. I made the lining too big for the purse, so need to shorten it a bit while looking to get another handle.