I actually am a bit proud of myself for almost finishing two projects this weekend. Will get to why only one, and not both are done.

This pullover.  Have started working on the round at the bottom, until it reaches a nice length. Being limited in yarn means it might be a tad shorter than I want but can use another yarn to make it up. Which will work nicely if I add the second yarn to the sleeves.

By the way this is inside and the side back seams are less noticeable on the outside. 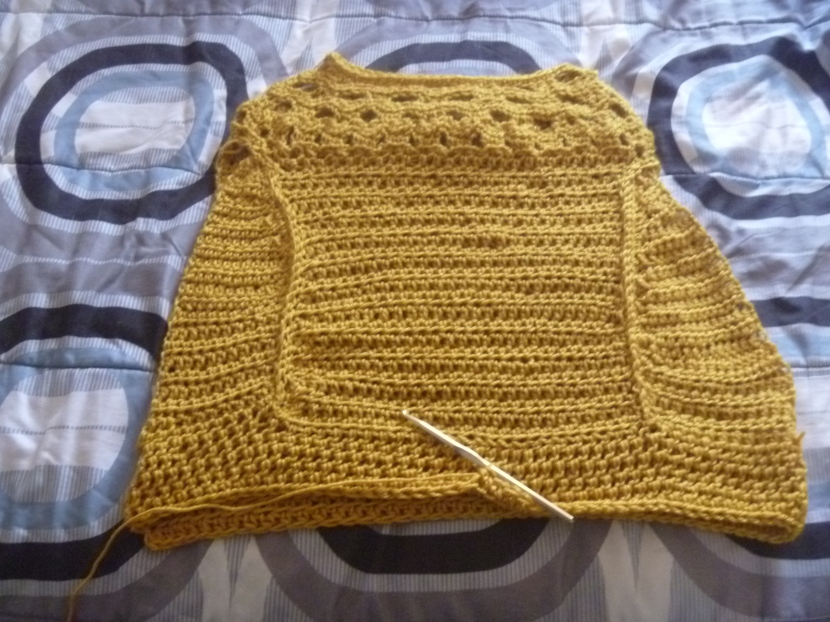 Not quite what was expected but Dylan’s pullover is finished. Need to block it but it looks nice enough, even though one sleeve is wonky.

Also, it should have been in a darker colour. Haven’t tried it on him, other than when the neckline was being adjusted so it wasn’t tight. 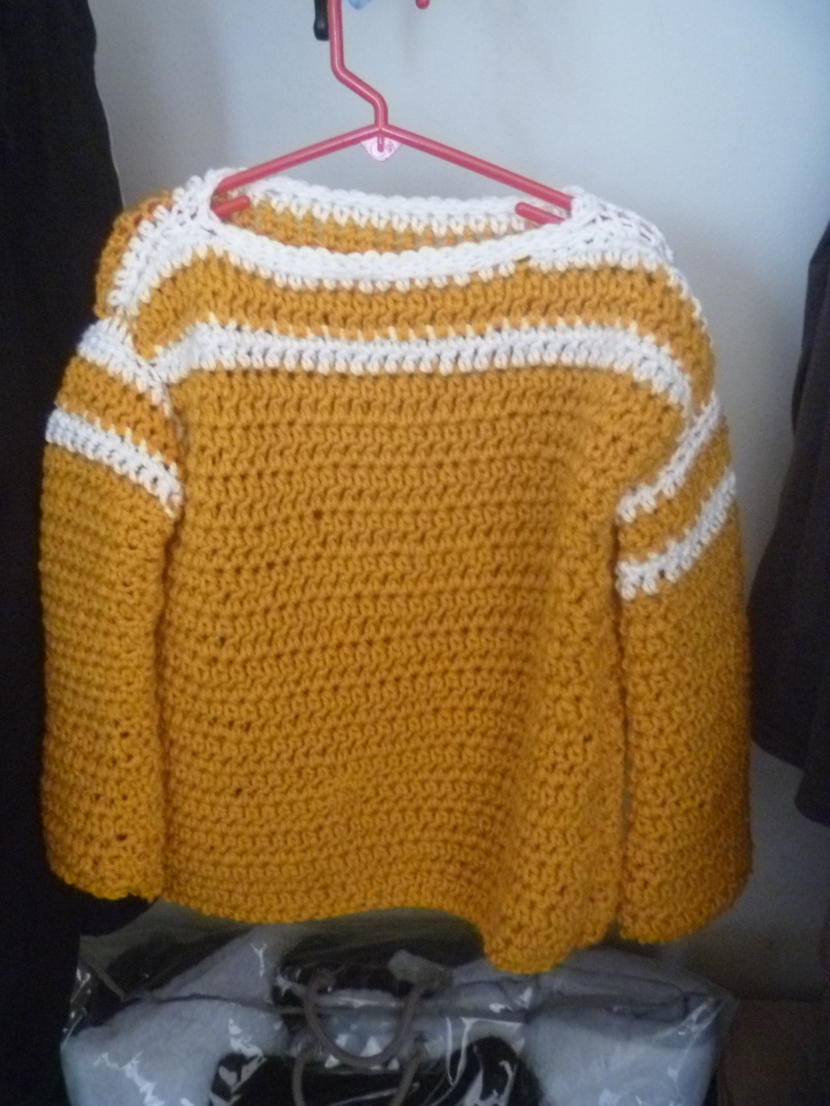 The coat is not finished but looks so nice. The sleeves are a tad shorter than I wanted. Adding the cuffs was more of an afterthought and there would have been wider cuffs if I had cut out the pieces earlier, but gives it a nice touch. I need to fix the sleeves as there is extra inside lining fabric, because of overzealous cutting of extra lining pieces.

The reason it isn’t finished is the original buttons for the coat do not fit through the loops, so spent a little time testing out smaller ones in my button collection. Need to get six because black buttons or anything other than the tablecloth fabric will be too jarring.

I tried on the coat and it fits snugly in the shoulders but is loose everywhere else.

Some of the stitches are off. As what was said before, couldn’t figure out the sleeves but most of it is nice to look at, inside and out. Seams don’t line up on the outside if you look at the shoulders, but it’s symmetrical so not a big deal.

I moved the pocket to inside and switched it so the pocket has the lining on the outside and the main fabric on the inside.

Spent quite some time undoing this bit of yarn. Thankfully it’s only one skein that I messed up. I need to own an umbrella swift. For a skein of cotton slash acrylic it gets more knotted than necessary.

Construction paper houses that I was going to use but they are too thin and flimsy to make stable houses. Need sturdier paper. 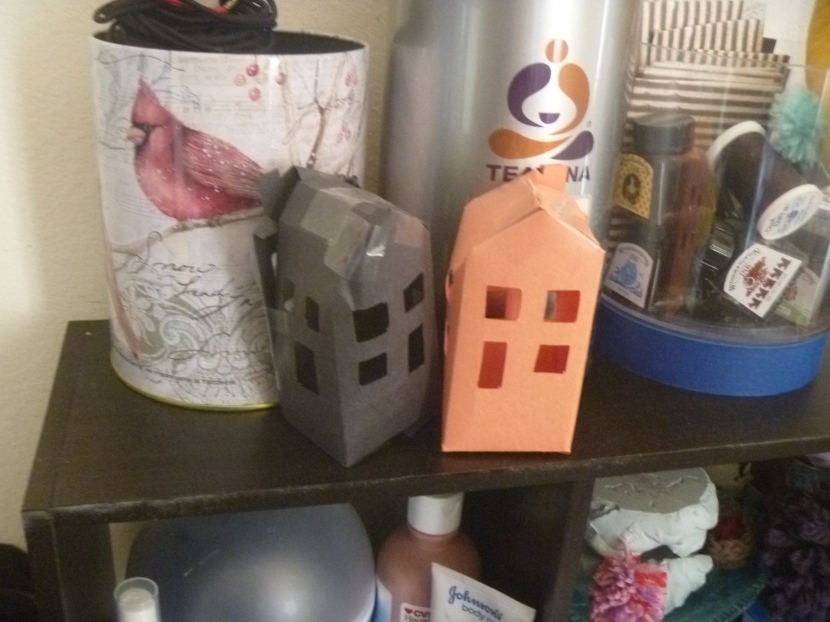 By the way, I finally finished part one of a certain boy’s birthday project. I’ve been slacking and just finally sucked it up and did it. Need to put it in something then can finally send him everything.