The coat is finished. It looks mildly slouchy as it hangs in the closet, but fits perfectly when putting it on.  In case anyone wants to know the starting point was the jacket from Lisette Pattern 2209, from Simplicity.  Basically only a few changes were made: changed it so there are several buttons, the collar is wider, added cuffs, lengthened it then added a lining. 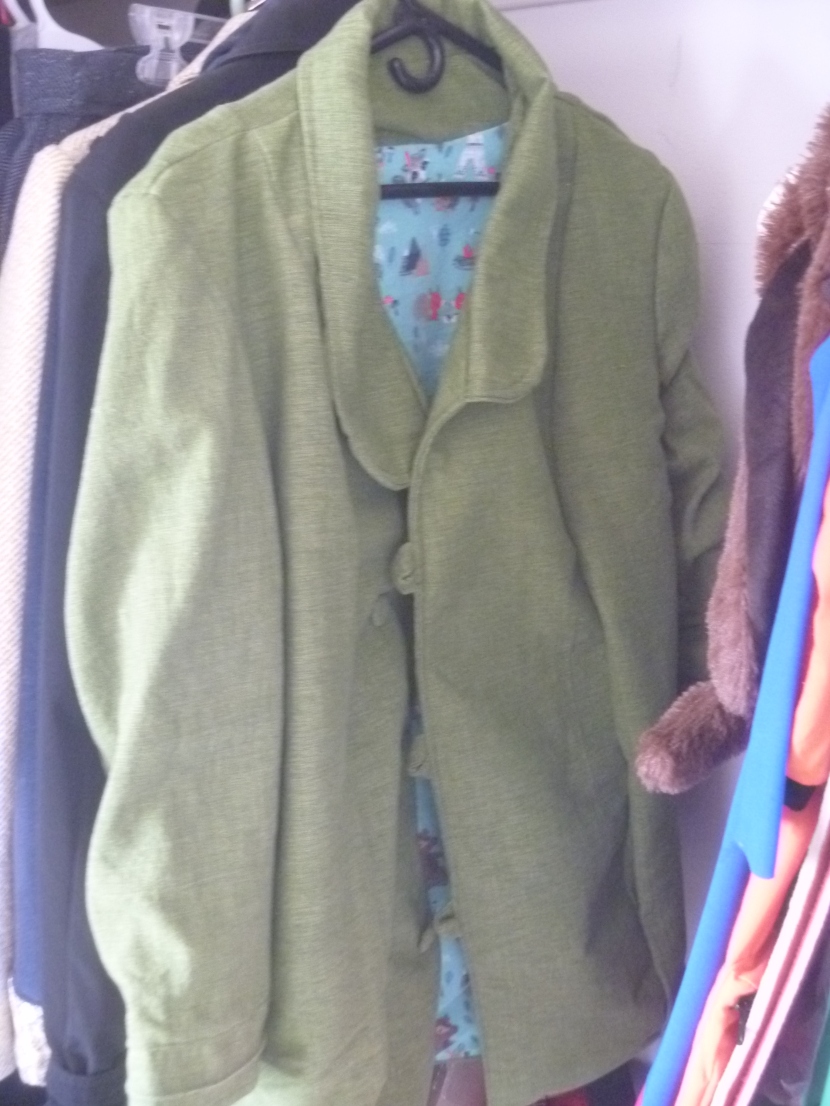 An up close of some of the buttons and the tabs. 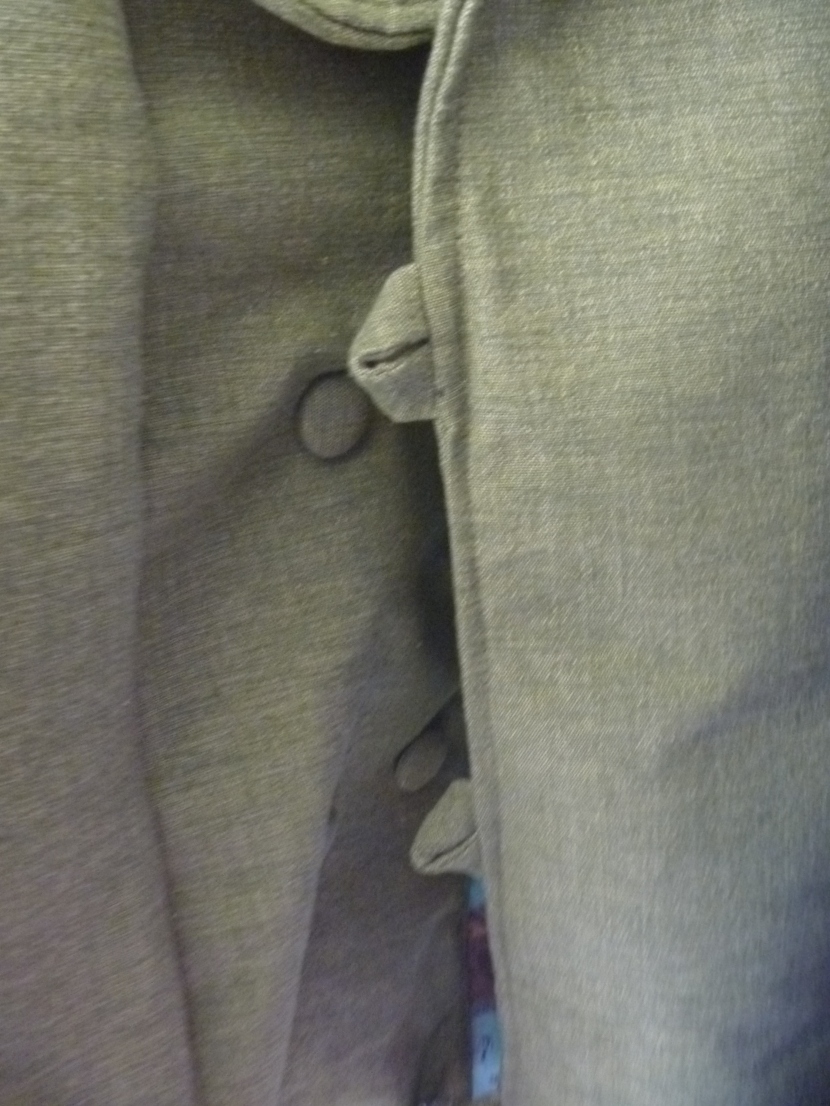 The pullover I made for myself using the Knit Picks Gloss DK yarn in honey. Just need to add something to the bottom hem and it’ll be done.

The sleeves look odd, and lower than they need to be, but for some reason it gets pulled into place and fits perfectly. 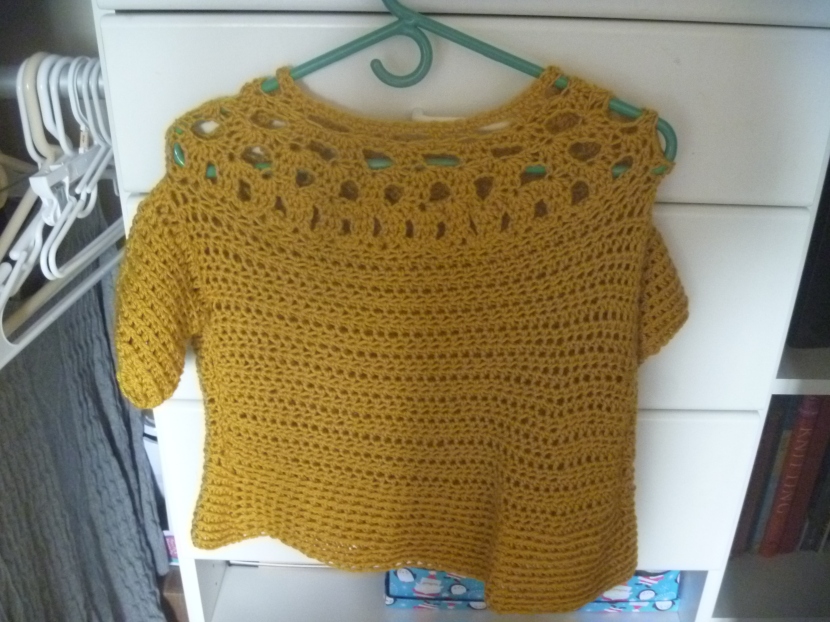 For the longest time, I had quilt pieces in my closet that were constantly being put on the backburner but finally attached them by fives. There are an hundred squares waiting to be assembled with everything else in this pile.

The upper left is a pair of pants that still need mending after one of the pockets came loose. I’ve had these pants a while and they’re one of my favourite pairs as I wore them a lot while pregnant with Dylan. 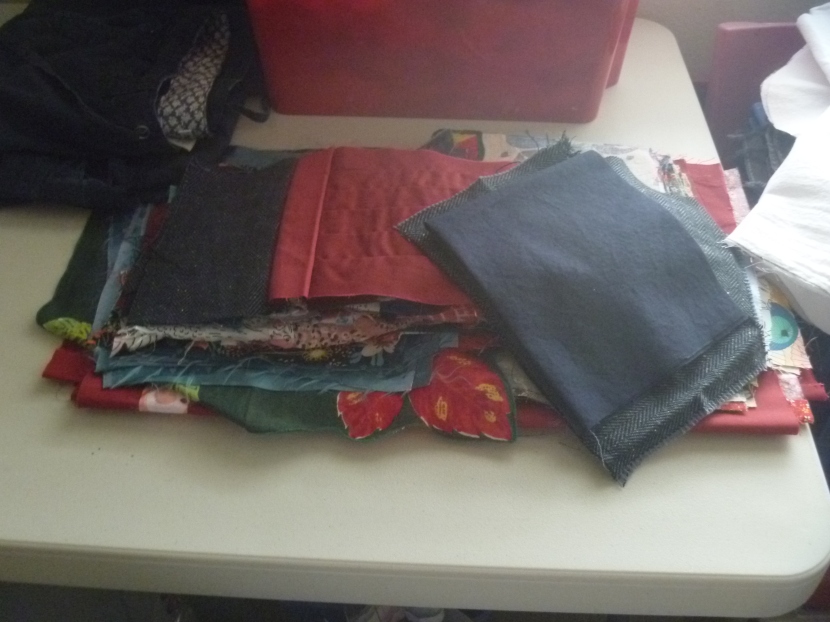 Finally assembled some paper houses from Mollie Makes issue 84. Whoop-de-doo. I was going to go all fancy and make yards and stuff but being lazy. 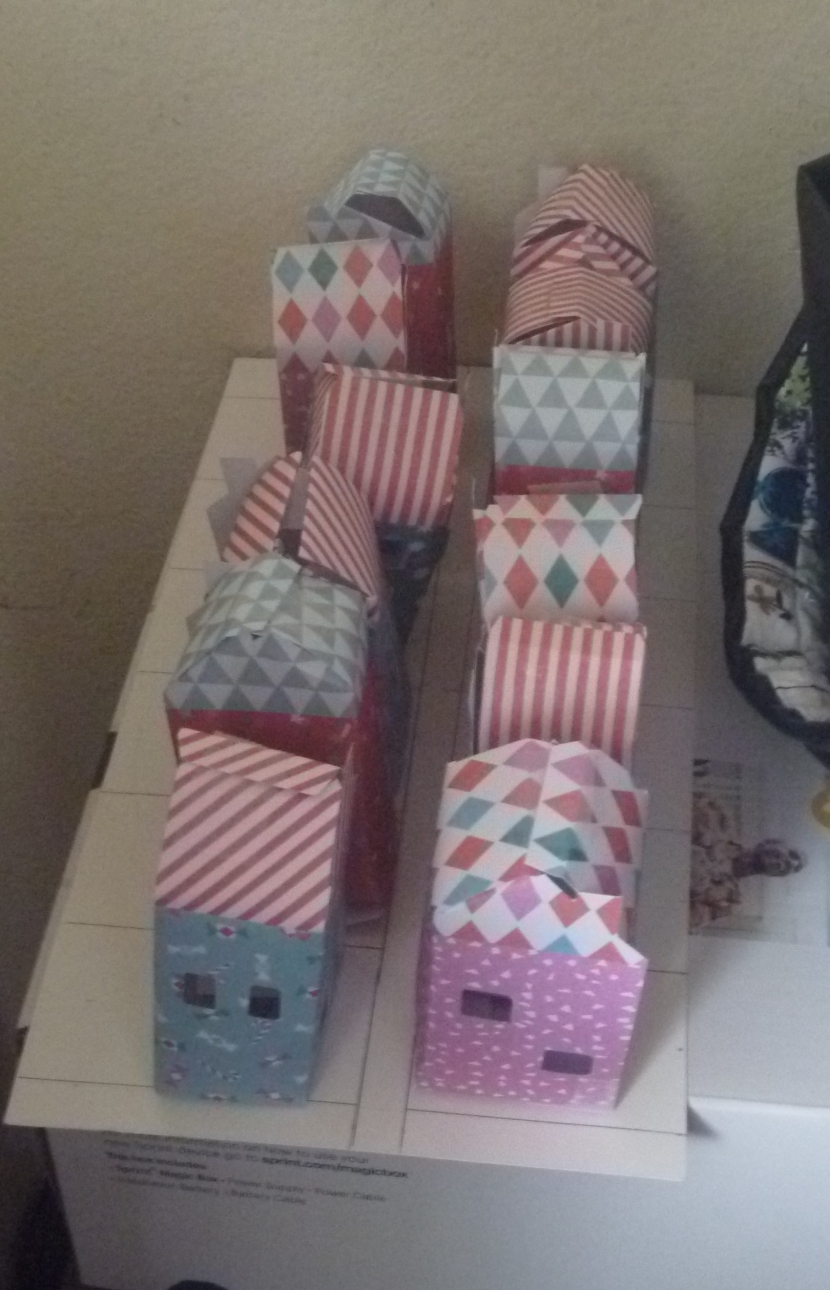 I’m slowly returning to making the dress I have been procrastinating on. Half of the front side fits perfectly but the other side is way off, so should just cut it in half and make that the front of the bodice. Also, it needs a side zipper because pulling it off involves taking off whatever I’m wearing along with it.

Also, watched Garden State last weekend and think it would be funny to re-enact the wallpaper scene with the ten yards of fabric I have.