I’m not sure why but it seems my camera doesn’t seem to want to take as clear pictures as my phone anymore. I’m sorry for taking such blurry pictures. It seems the more lighting, and distance from subject, has to be perfect otherwise it just comes out awful. And I don’t have time to take as many as girls trying to take the perfect selfie. Suppose it makes me look a bit sloppy but one person can only do so much.

So…there’s ten yards of this fabric. 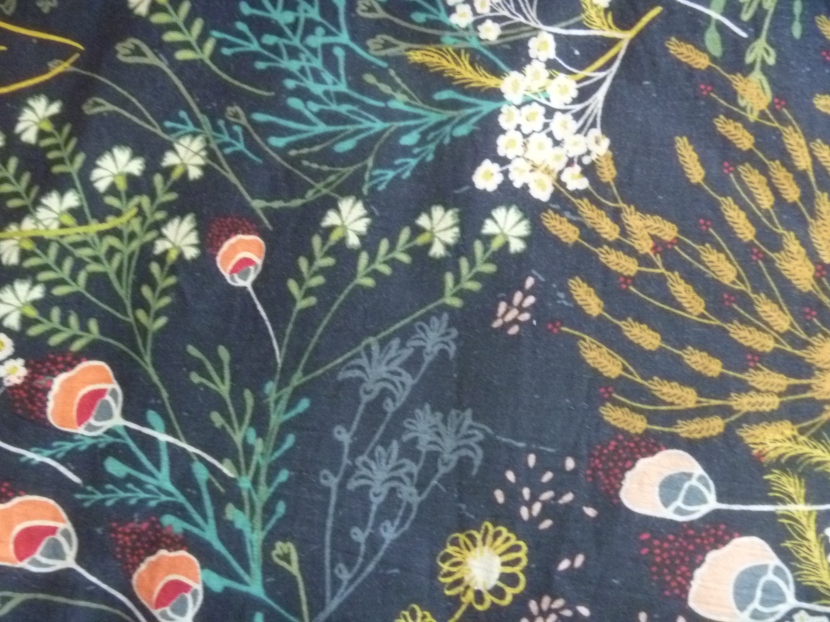 Going through the patterns I’ve bought and collected and stashed into a box, can finally use this one on the right, Simplicity’s 2447. Usually, I will make a whole bunch of changes but it’s going to be an oversized tunic. Might make small changes so it’s not super huge, but it’s an inch shorter than my coat and will make a nice top slash dress. Being a girl sometimes you can get away with not wearing pants. Might make it a bit longer but really not in the mood for huge tweaking.

Temporarily, I will hang the excess on the wall before turning it into something else. In place of the two lamps, I will just put shiny paper mache substitutes. Or just hang matching ornaments. Haven’t decided yet. There will be photographic proof of this whole thing. I’m sure I’m not the only person who did an homage to that scene in Garden State. 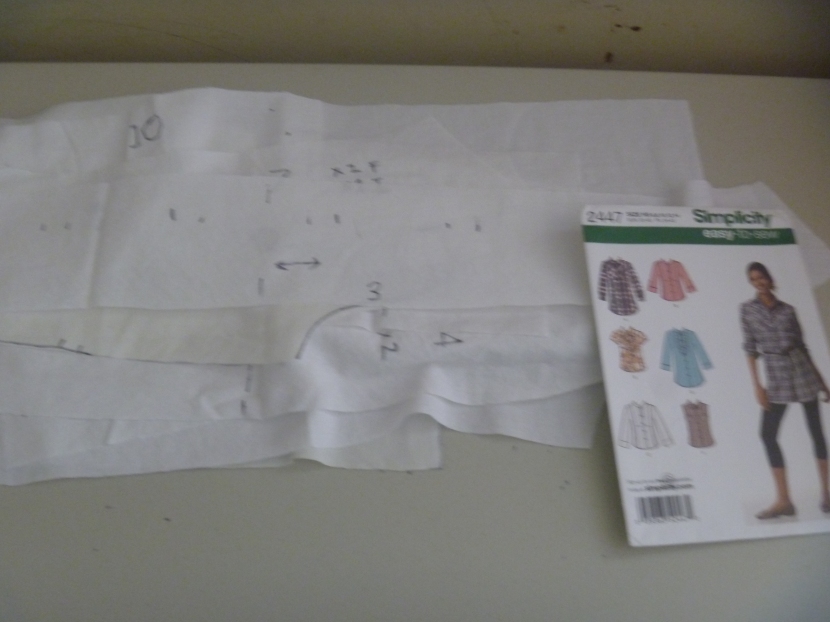 Probably won’t have enough yarn to make this whole top, that is actually sketched out without calculating the length of each piece, but knitting piece by piece then seaming it all together.

Just to see how the yarn pools, I knit in the round and it looks nice. After frogging it, I did this small bit of knitting of the first part.

Just an aside it’s Deborah Norville’s Cotton Soft Silk Yarn in Undersea Treasure, which Premier Yarns used to sell on their website. Not sure when they stopped selling her yarns on the website, and it doesn’t seem they still carry it even without her name, but if you want a (close enough) substitute, use this. Or a search on Google will turn up something.

I finally put the crochet square onto the frame.

The back is a mess.

Finally getting some use of the nylon yarn. I cut it to use for another project and failed so will attach it to this at the end. 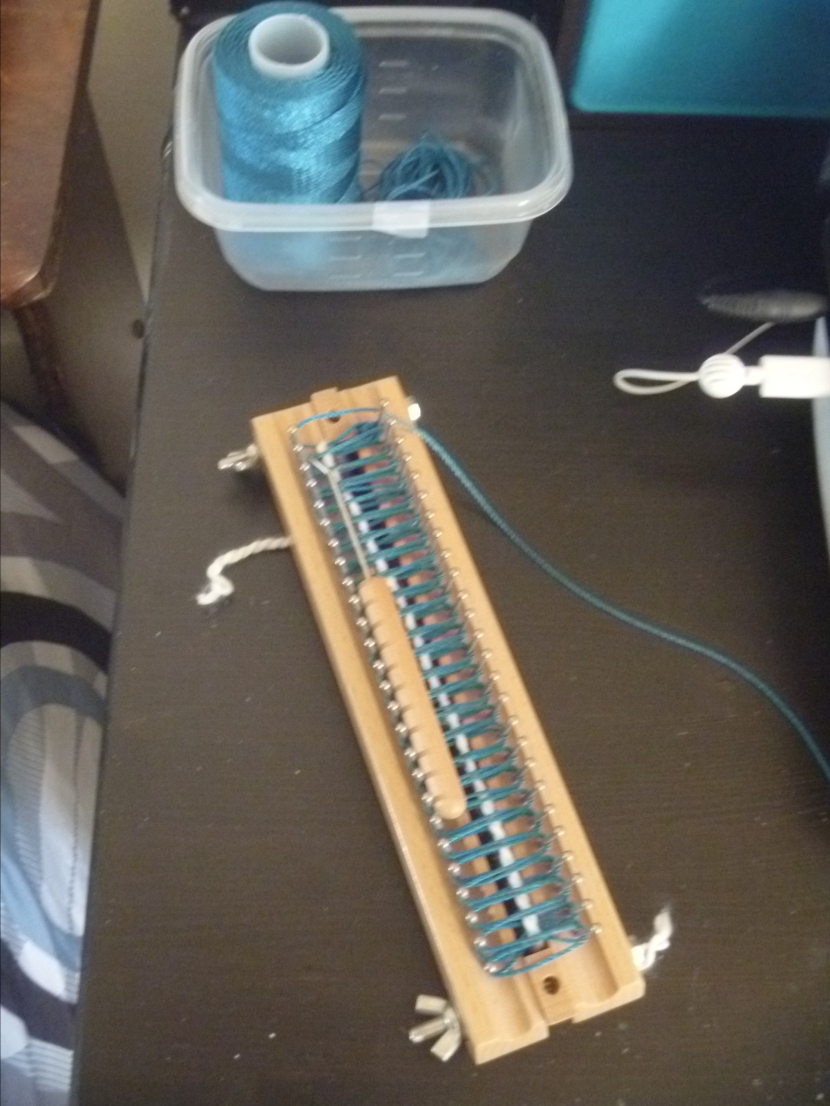 Reason why the previous yarn was cut was because I’m suppose to make cording and thought the nylon thread would work. It’s too thin but I was at the store and compared 3/16 piping cord to paracord and realised paracord is thick enough to my liking. And much cheaper. This hat will not be exact, but not exactly a milliner, so this will be a test into, if I can follow along with the directions and come out with something resembling the objective. The flowers are not the size they’re supposed to be, but cut the length needed. This is all the parts cut for the project. It’s harder to accomplish things when there’s a bunch of fiddly parts rather than huge chunks. 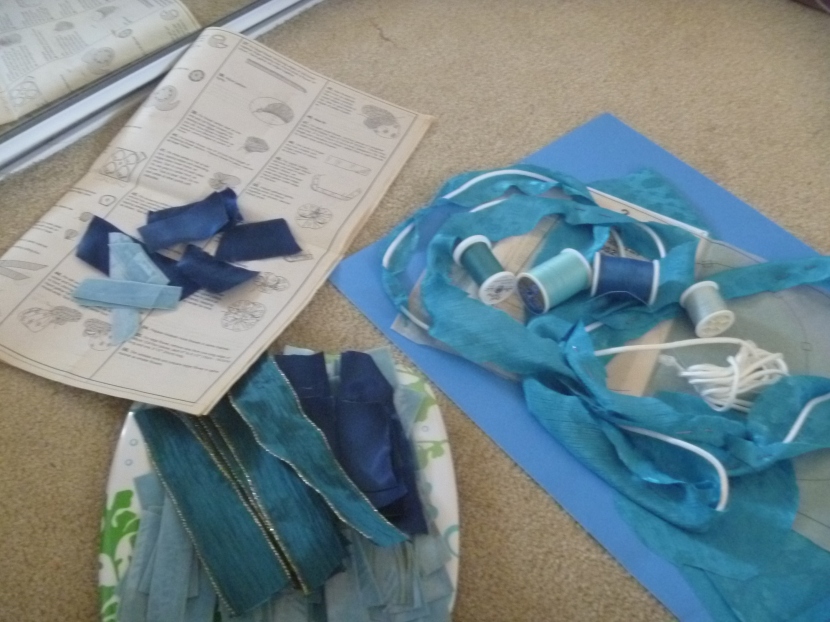