I’ve gotten a new comforter, which means for now, the background will clash with whatever item I’m taking a picture. I really do need to set up a little area to take decent pictures.

This will be the background for something, but unsure what at the moment. I used all the smaller pieces that were going to be used for the hat, and just glued them to this canvas board as the first layer. I did it sideways, but this direction looks better. Should have painted the canvas board before doing it but too late to remove the ribbon, as it’s been a few days.

(I haven’t taken any pictures of the hat, but it’s coming along. It’s not exactly clear-cut what I’m doing going by illustrations and written directions. It might be done by next week, but, even if it’s not, I’ll post a picture in next week’s blog.) 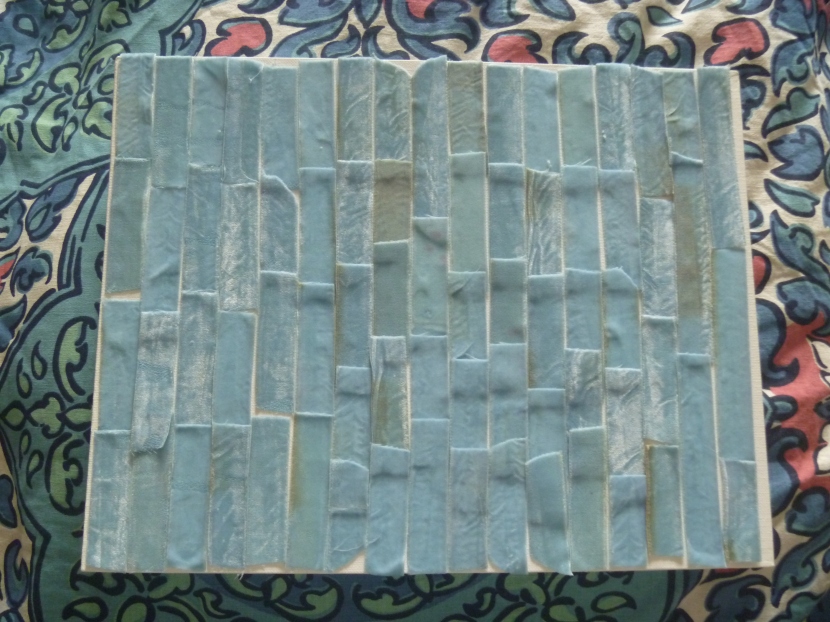 Still haven’t decided what to add to the pillow, so it’s still a blank slate.

In front of it, the blocks being added to each other. It’s turning out awful but I’m sure the end will be decent enough. 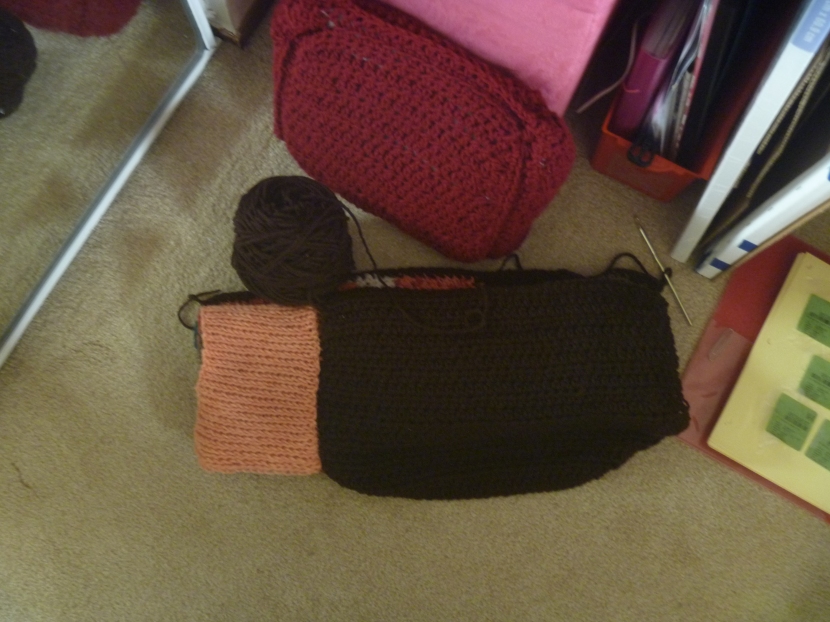 Should have been more aware of the light, but this is the progress on the other square blanket. The best thing about chunky weight yarn is you don’t have to wait too long.

I’ve spent the majority of last week making squares and started attaching them on Sunday. I have a few left but will attach them on the side, but feel it’s a few squares short. 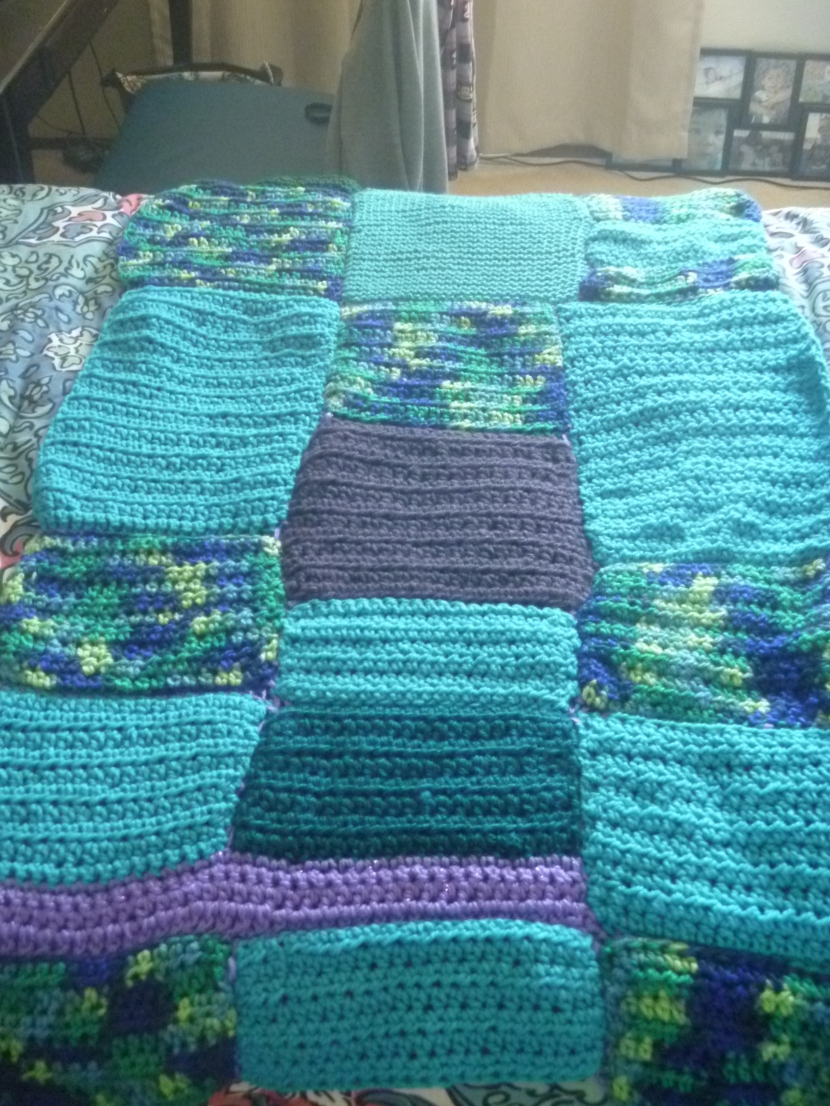 Complete with off-center square so it doesn’t line up. 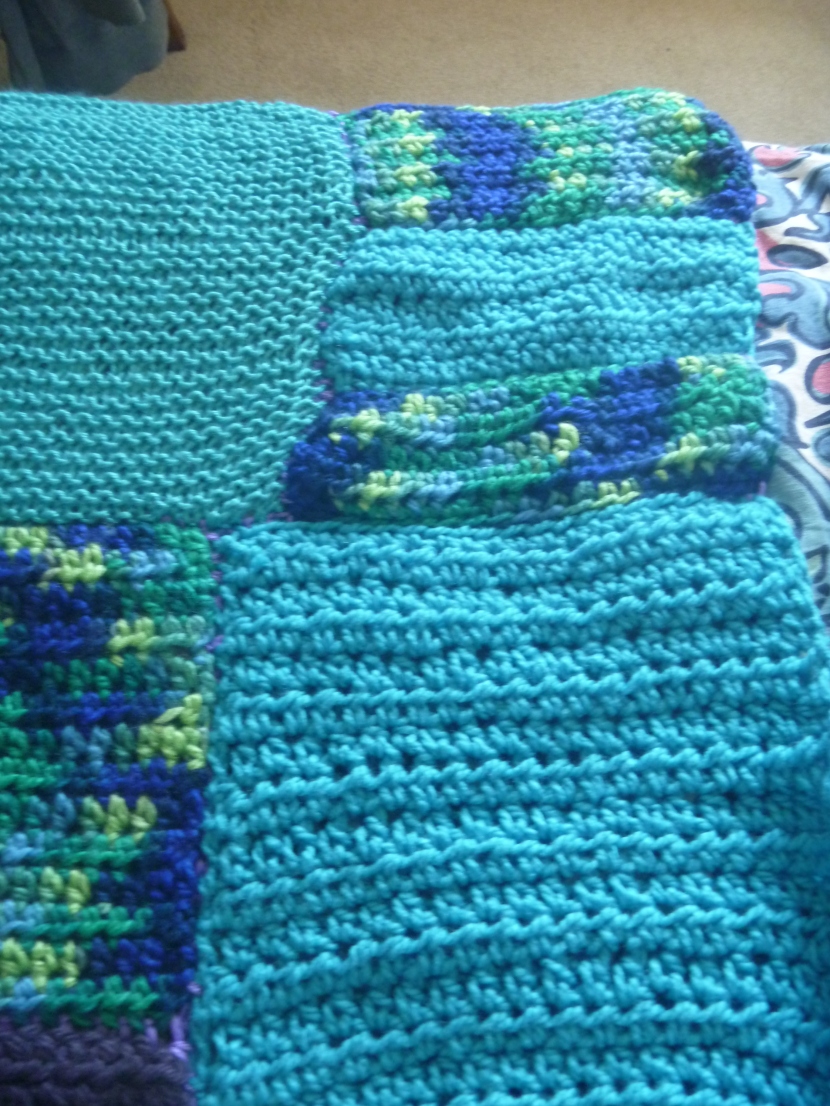 Was feeling a bit antsy and had time on my hands so started knitting. Have no idea what this will be in the end. Also, this is the yarn I bought at the thrift store so have no idea the actual contents but feels like 100% wool. 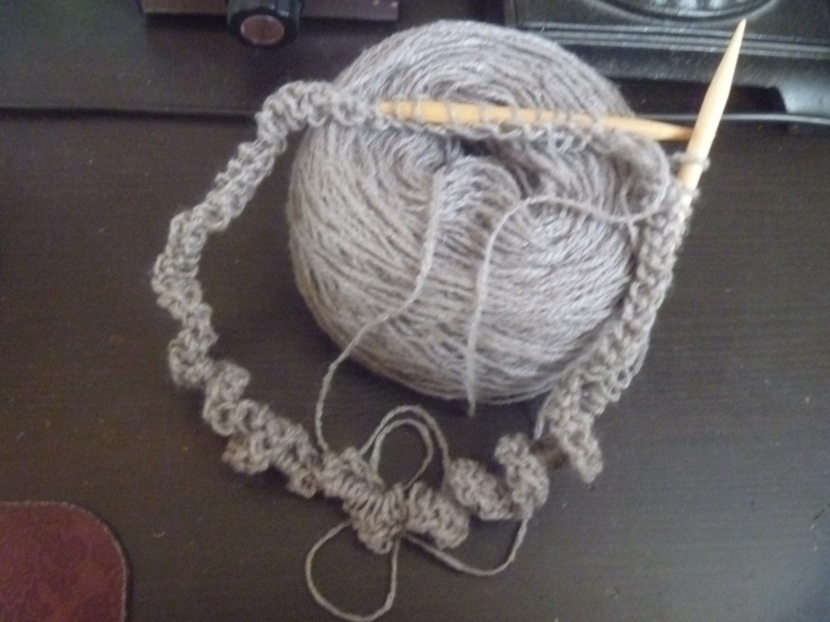