Restlessness is a strong distracter. I didn’t get much done at all last week. Most of it was spent on reading material and I’m in the midst of reorganising. Books and other things tends to migrate to other places, and trying to figure the best configuration to solve that problem. A shelving area, plus a desk, so I can spread everything out, instead of on the floor.

The crochet thing I was making kept curling, so after four tries, I gave up. It gave me an idea for a mixed media painting, so when I give that the attention it deserves, I’ll post about it then.

The only progress I made on anything was the fourth panel of the knit pullover.

I’ve got five rows of stripes left, then have twenty live stitches before making the shoulder seam. Seam the side, then it’s the front and back panels to be knit. 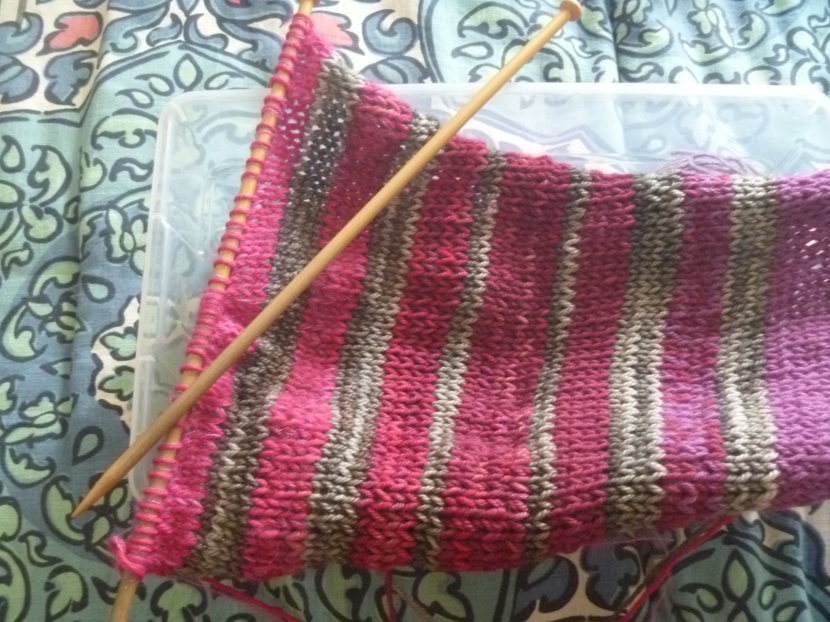 After making the last five rows, I will have roughly this amount of yarn left to use to make the two panels and two sleeves. I have more Yarn Collective Bloomsbury DK in Soot so the panels are not an issue. Haven’t decided if they’ll be wide or narrow. 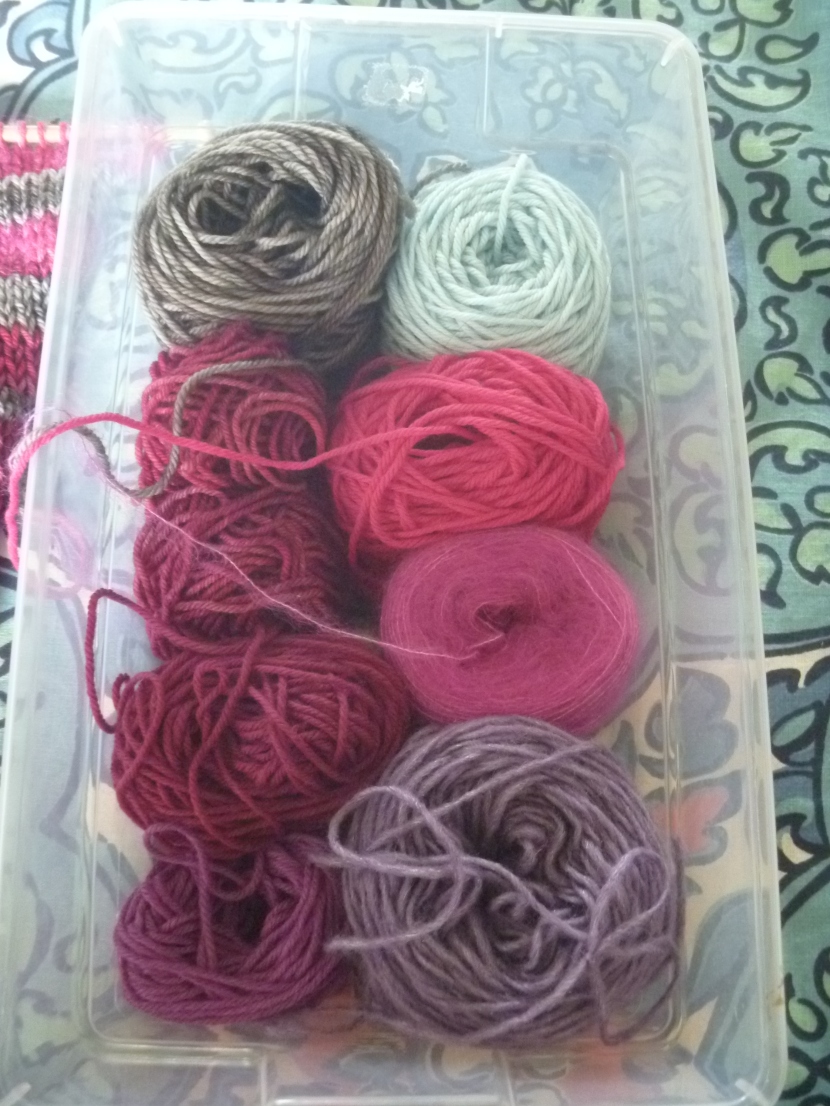