I haven’t had much time to do anything because my son’s been shuffling from being sick and not sick, between mid-October and this week. Two weeks ago, he had a fever, then last week a doctor diagnosed him with Hand, Foot and Mouth, then earlier this week he had bad constipation then, yesterday, he had a fever of 103F. An hour ago, I took his temperature within ten minutes of each other, of each armpit, and it’s much lower than yesterday. It got to the point I don’t even bother doing a walk-in to the usual doctor, but just take him to the local urgent care.

In the meantime, I was only able to do one thing.

Whatever this thing turned out to be.

I made rows of crochet circles then attached one end to the longest green row, then the other loose ends were chained, then the loose ends attached to the brown bit on top. They look a bit like veins.Should have made them the same length but it’s okay as is. 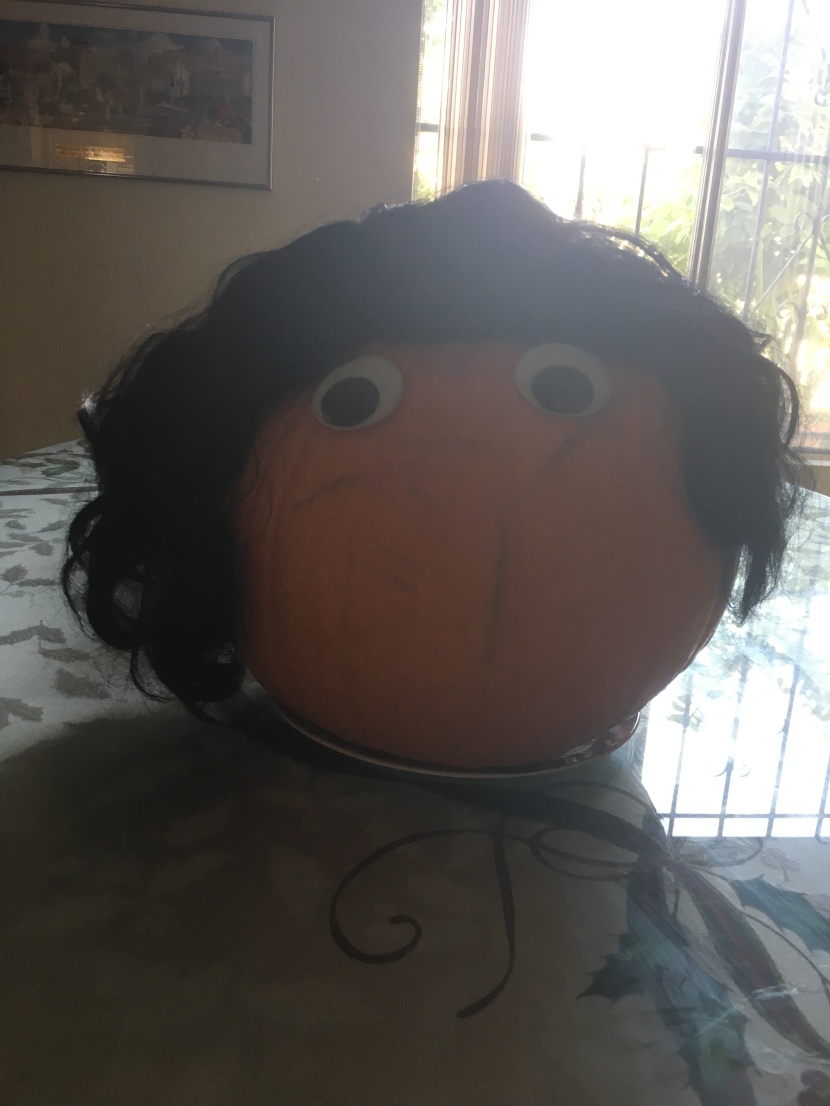 I haven’t cut into the pumpkin yet to toast seeds and make pie and other goodies.

The googly eyes were a joke and it was bald, until the wig. After trying on the wig and deciding it was too unruly to wear. Just wanted to see what I looked like with short hair for one evening, but it wasn’t staying put. It’s a bit comical that a $6 wig looks amazing on a pumpkin, but is a hot mess on me. I don’t look good with short hair but the temptation to chop my hair is there. Last time I chopped my hair shorter than collarbone length I looked like Tina from Bob’s Burgers.

My friend saw the pumpkin on Instagram and texted me, “Why you making stylish pumpkins” Because I want to use it for food and didn’t want to waste a perfectly good pumpkin. Duh.