Okay. I call it a suit because the fabric matches. The skirt and jacket are finished. 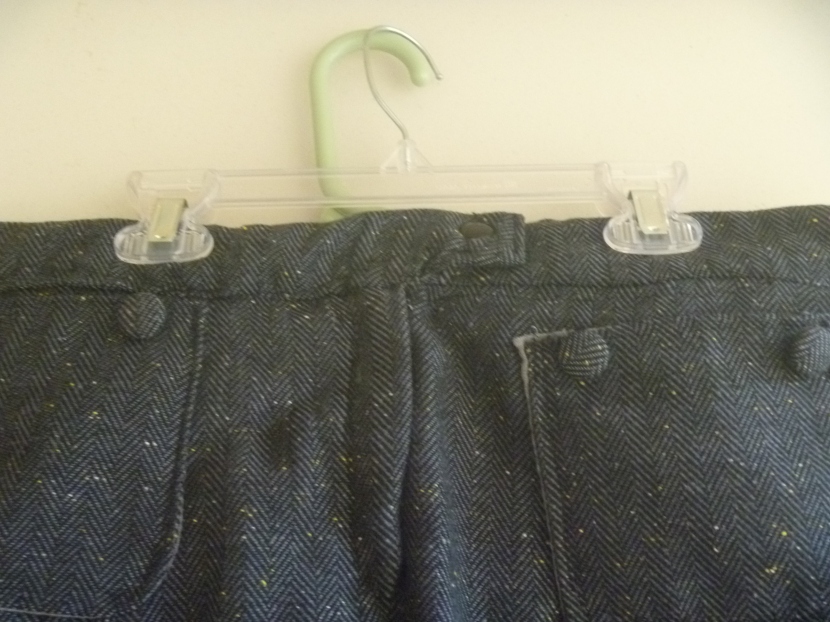 Had to remove some of the binding from inside the waistband because it was too thick while trying to push the top of the snap through the fabric. It got to the point, in my frustration, I started to pick the waistband apart but ended only resewing the inside of the waistband, as there wasn’t complete separation of the two.

Not sure why handsewing the buttons to the top of the pockets made them look askew but I’m guessing because I didn’t attach the pockets on the same exact level. 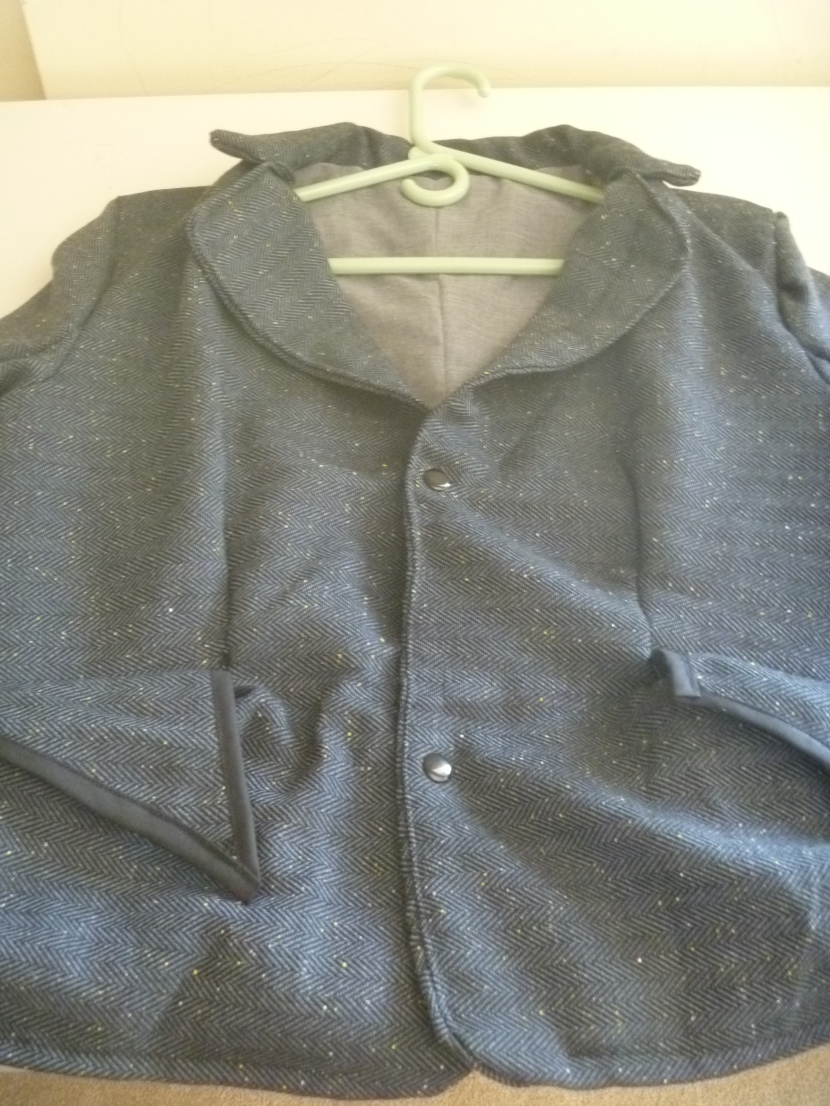 Finally attached the snaps to the front of the jacket. It’s too late to fix the pocket flaps but they aren’t awful.

In case, you needed to know how to attach the snaps to the clothes.

Sometimes using a hammer makes you feel like you know what you’re doing. Operative word being ‘sometimes’.

By the way, the pants I had made that fit are low rise and feel like they would slide off at any moment, so will probably need to buy a belt to wear them.

That being said I frogged one project and just ended up stopping continuing on another.

The shawl was not working, so I frogged that yarn. After using both straights and circular needles. 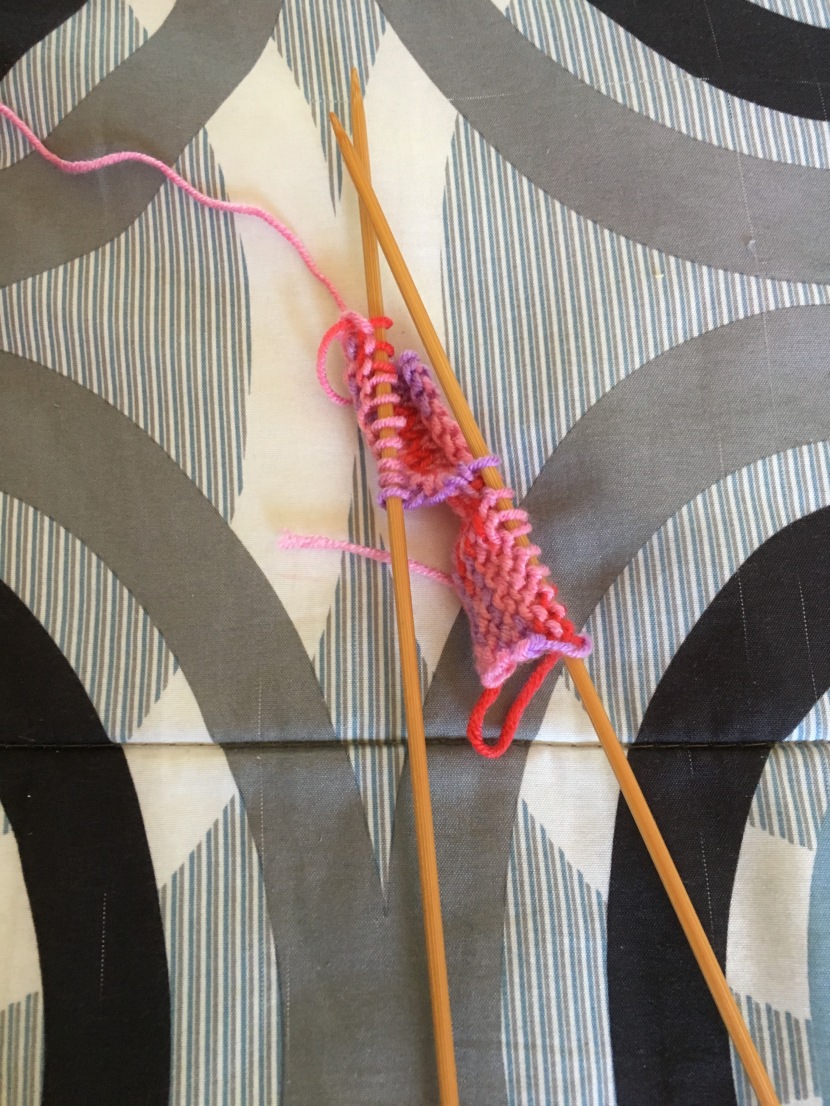 It took several tries but each time didn’t look or feel right.

So it became crochet socks. 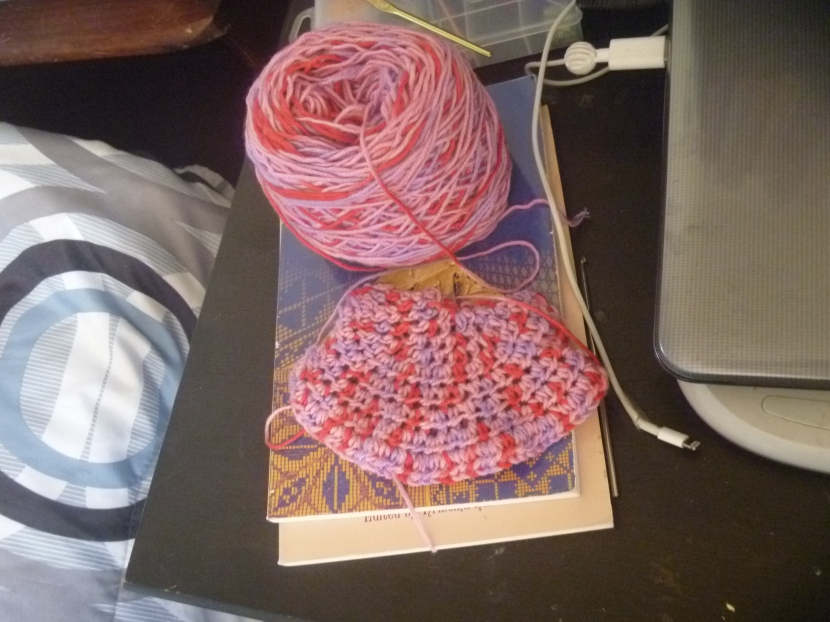 It looks horrible but the start made sense. I frogged the whole thing and will try again at another time.

The one that was sitting in a bucket for a longest time became another cowl.

I crocheted the edges before seaming the short ends together. I like how it looks but should have made it longer so it could be wrapped around two or three times.

Also, it should have been the same yarn in two different colours, so it’s more noticeable with the stitches switch.

So, I’ve gotten ambitious and have decided to make myself a dress, and not using a pattern and actually drafting the pattern myself.

The back will have a rectangle in the upper part.

I’m finally using the cloud fabric and fabric B will be white velvet. The skirt will be a-line and I do want a lace underskirt.

This is the second time drafting the front top. I did take into account that shoulder to shoulder and base of the neck to my waist is square, at both 17 inches in length (about 43cm), but did not really take into account other measurements. It doesn’t look like I made the lines straight but I will redraw the lines if the need comes up.

I also added an inch for seam allowance, because I figure that’s wide enough for now until I get the pattern pieces exact and use the 5/8 seam allowances which seems to be the norm.

Actually should have started with the skirt, but rather get the slightly more complicated bit out of the way. Actually, none of it is complicated but getting the measurements right is making me overthink it.

I’ve also just put the letter A on them, so it’s just easier for me. If I ever do come up with a funny enough name, then I’ll write the name on the pieces. 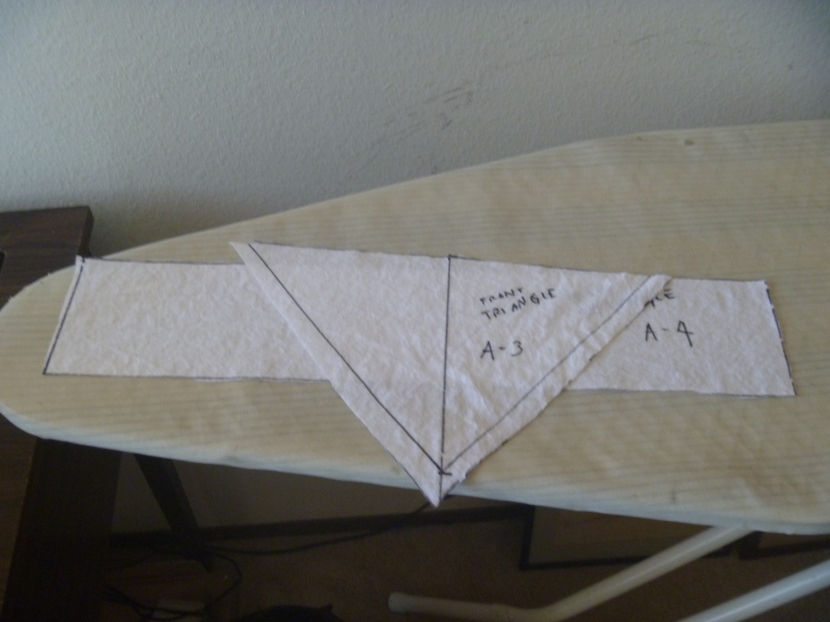 I found a rug pad and will sew in all the pom-poms sitting in a bin into it. 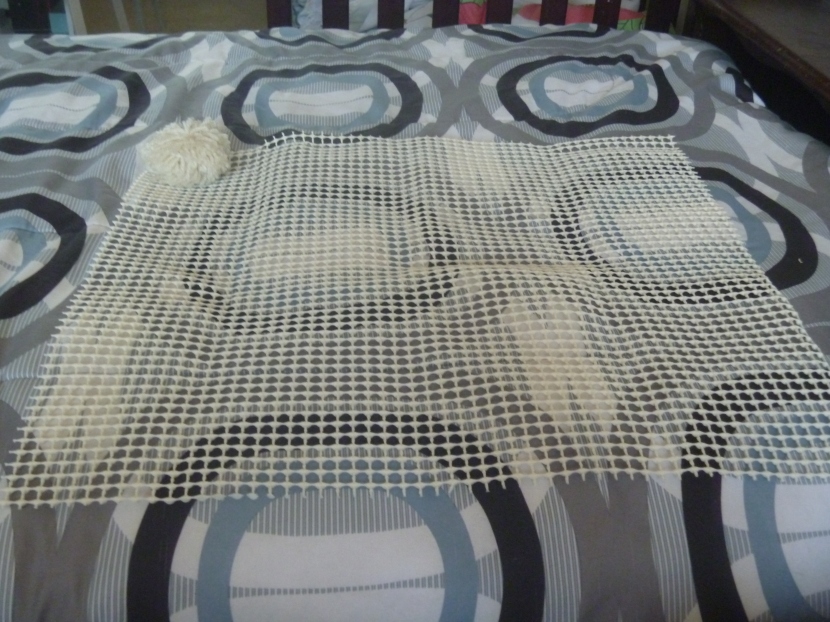 Oh. I also frogged the yarn for the crochet pillow. I will also redo that in crochet but need to actually sketch out where the “windows” will go.